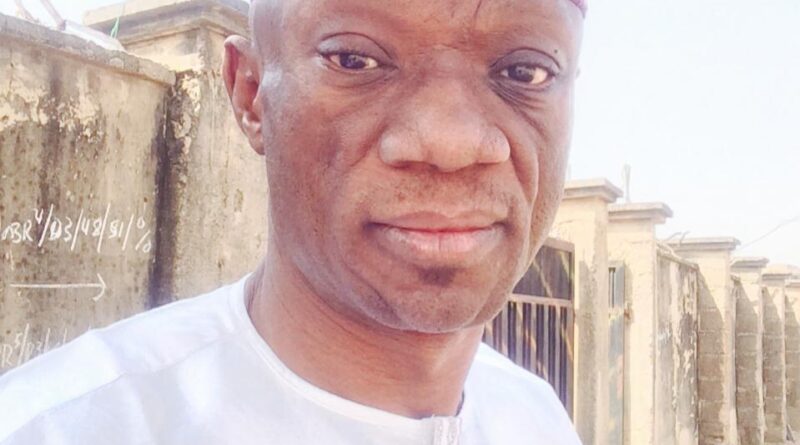 The Director General, Media and Publicity to the Adamawa State Governor, Solomon Kumangar has described as “blatant falsehood”, the accusation by uncouth fellow Mohammed Mayas that the emergence of Binani Dahiru as APC governorship candidate in Adamawa unsettled Governor Ahmadu Fintiri.

Mayas also alleged that the governor is running helter-skelter to doing what he has not done.

Reacting Kumangar in a statement said:

” The people of Adamawa are wonderful people, who cherish what the Governor is doing to develop the state.

The attack by Mayas on the Governor who has brought development to even his domain is an insult to the sensibilities of the good and great people of Adamawa.

“The Governor was given a heroic welcome after the national convention of the PDP for a job well done, which is a clear indication that the ethnic campaign by the enemies of the state failed.

The promoters of the rumored restiveness of the Governor might have possibly been paid by those that dollarise the primary which eventually led APC to oblivion in Adamawa.

The Governor was not attacked anywhere he visited since he was sworn into office in 2019 till date. It was a carnival atmosphere everywhere he went.

“He is the Governor of Adamawa State and the citizens of the state have many reasons to support and have confidence in their Governor.

“I wonder why Mayas fail to let go of the offence and hatred he nurses for the Governor, if PDP has concluded their primaries in Adamawa without rancor, what is the headache of Mayas? knowing fully well that his party the APC is dead and buried in Adamawa and no amount of dollars can revive it.

“The shameful falsehood by the enemies of the state is a clear reflection of a determined fightback by those that organize a dollarise primary election which led to several litigation against the party in Adamawa, ethnic jingoism and those who want to cause disaffection to slow down our train of progress.

The Governor is unperturbed by the antics of anti-fresh air agents as he will continue to remain focused and deliver projects that will silence his critics.”

Mr Kumangar said the people of the state should remain united against those, who are jittery because of their corrupt and fraudulent primary that led the APC to disintegration, assuring the people that the Governor’s commitment to development, unity and progress is “unimpeachable”.

The Governor’s spokesman flayed the report while fielding questions from journalists at Government House, Yola, describing the architects of the falsehood as people “imprisoned in an ethnic cage who have sworn not to see anything good in the Fintiri Administration.”