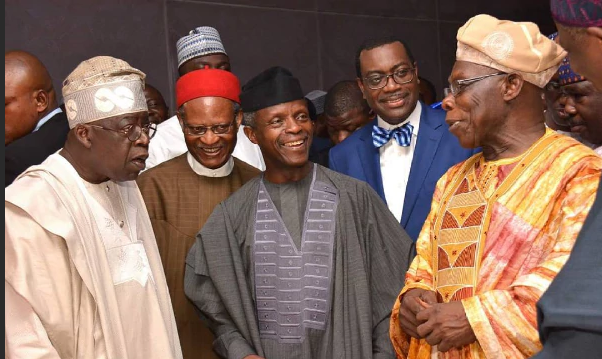 Suspected loyalists of the All Progressives Congress (APC) on Friday stormed the Rivers State High Court in Port-Harcourt, killing at least two persons and destroying court property estimated in millions of naira, The attackers breached the court security around 11 a.m. in violent bid to stop a judge from sitting on an interlocutory motion brought by a faction of the party in the state, witnesses told Newsmen. The injunction was sought by the faction said to be loyal to Magnus Abe, a serving APC senator from the state. Mr Abe’s faction has been sparring with the faction believed loyal to Rotimi Amaechi, the minister of transport and immediate-past governor of the state, for the control of the party’s political structure. Mr Amaechi’s faction is said to be in favour of allowing the party congresses proceed as scheduled for Saturday. But Mr Abe’s group was against this arrangement and sought a court order to overturn it. Preliminary hearing on the injunction was slated for Friday morning, and Mr Amaechi’s loyalists reportedly got wind of the proceeding and decided to take a protest to the court. Properties worth millions were believed to have been destroyed in a fracas that ensued after hoodlums from both sides clashed at the court’s premises.  Pictures circulated in the aftermath of the attack showed damaged vehicles and buildings. The violence, however, failed to stop Chiwendu Nworgu, the presiding judge, from granting the injunction forbidding the congress from holding tomorrow. Blame games

Chris Finebone, a spokesperson for the APC in the state, blamed Mr Abe’s faction for the violence and said the injunction would not stand. “It is legal untenable for anyone to stop an action that is ongoing,” Mr Finebone told PREMIUM TIMES Friday evening about the scheduled exercise. “On that basis, principally, that injunction cannot stand.”

“We’re going ahead with the local government congresses tomorrow,” he emphasised.

Mr Finebone said Mr Abe’s loyalists were supported by members of the Peoples Democratic Party (PDP) to maximise the damage inflicted on the court and its officials.

The members loyal to Mr Amaechi “were at the court to register their displeasure at the way and manner the case was being handled,” the spokesperson said.

“Someone who has been suspended from the state working committee went to employ lawyers for the party and took a matter to court without the consent of the party chairman.

“Our men later got wind of the plan and went the to court to protest the travesty of justice that happened.

“It was when our members were protesting that the loyalists of Magnus Abe and some PDP thugs went to cause fracas,” he said.

Mr Abe could not be immediately reached for comments Friday night.

Rivers police spokesperson, Omoni Nnamdi, told PREMIUM TIMES the attack was largely curbed by the police, and some of those responsible have been identified.

“Our men were alerted and the commissioner immediately send officers out to restore normalcy,” Mr Nnamdi, a Deputy Superintendent of Police, said. “Some persons have been identified in connection to the attack.”

He, however, told PREMIUM TIMES that “no arrest has been made” as at 6 p.m. Friday.

Governor Nyesom Wike quickly categorised the incident as an attempt to subvert existing democratic system in the state when he visited the court premises Friday afternoon, saying the police were involved in the violence.

“This is very unfortunate,” the governor said in a statement his office sent to PREMIUM TIMES. “Do not trivialise this invasion by saying ‘it is just an attack by the APC on the judiciary.’”

“This is a complete coup by the Nigerian Police and the APC to overthrow the Rivers State Government,” he said. “We have said it before and we have been vindicated by this callous joint invasion of the Rivers State Judiciary.

“We cannot continue to rely on the police to defend us. We must all stand up to defend democracy. What has happened is a sign of what APC and Police have planned,” he added.

Mr Nnamdi dismissed the governor’s comments as baseless and spurious when asked to respond to them by PREMIUM TIMES Friday evening.

“That is unfounded, unrealistic and not verifiable as a matter of fact,” Mr Nnamdi said.

He explained that the police were reluctant to use live ammunition against the hoodlums when they first stormed the court, but that the reinforcement took charge of the situation and brought it under control.

“Not that we were overwhelmed, but there are ways to handle this kind of situation instead of shooting to kill,” he said. “Use of firearms was a last resort and we were tactical in our response to the crisis.”

The spokesperson said many of the officers who responded to the attack would remain stationed at the court premises for the next few days until all threats have been neutralised.