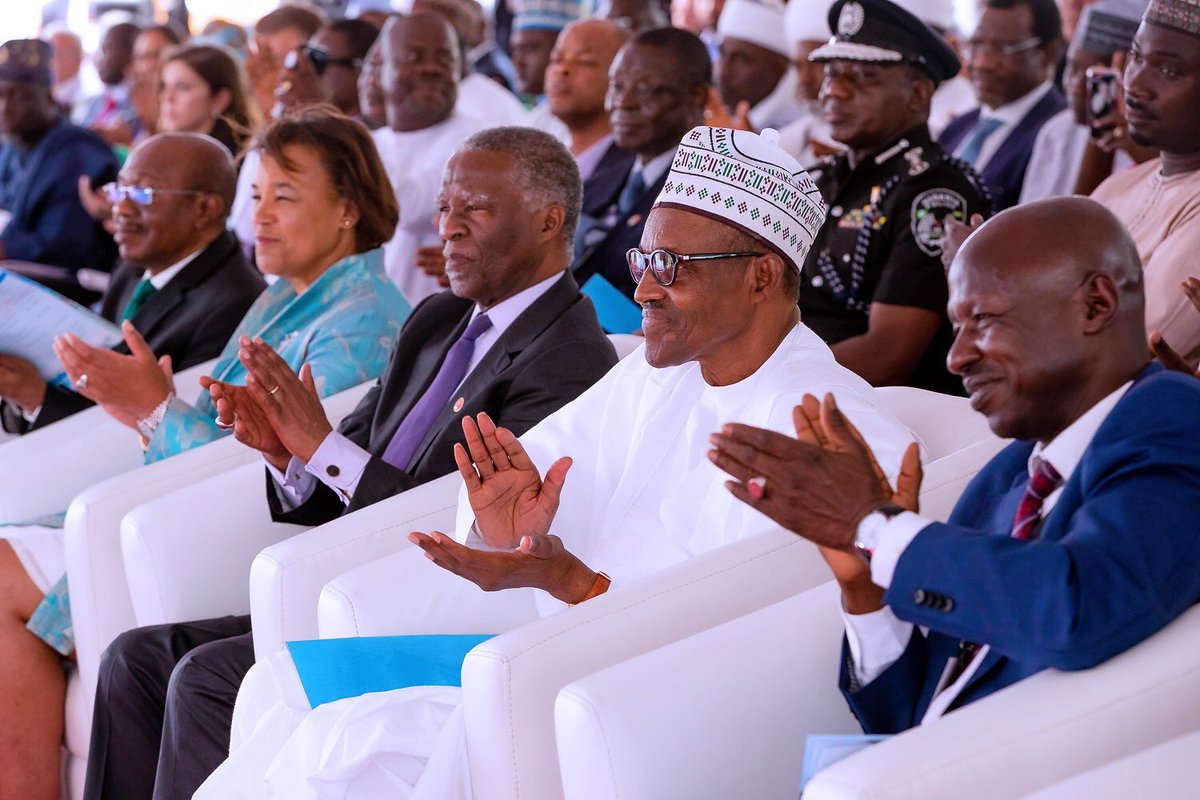 President Muhammadu Buhari on Tuesday recalled events leading to his ouster as Nigeria’s military head of state and eventual incarceration for three years by a military government that succeeded him.

He said it was a battle he lost against corruption.

Speaking at the commissioning of new office complex for the Economic and Financial Crimes Commission (EFCC), Mr Buhari repeated his claim that his removal was due to his stance against corruption.

He said he is not deterred by the notion that when you fight corruption, corruption would fight back.

“My first attempt to fight corruption, corruption fought back successfully. I was removed from office and detained for three years,” he said.

The president said in spite of that experience, his “objective of fighting corruption remained steadfast.”

Mr Buhari explained that since his coming to office as elected president in 2015, he has made “very conscious decisions” to pursue the fight against corruption.

Citing recoveries of “trillions” of naira he said his government has made from corrupt officials, the president gave himself a pass mark, saying he has made “significant progress” in the fight against corruption.

He said there is now a realisation that “corrupt officials would be brought to justice no matter how long it takes.”

In indirect response to allegations of bias in the government’s fight against corruption, Mr Buhari said his administration “never intended and does not engage in with-hunting” but “will call people to account within the law.”

He urged the National Assembly to “add more verve” to the government’s effort by “reviewing archaic provisions” that would address lapses in the legal frameworks.

In his goodwill message, Speaker of the House of Representatives, Yakubu Dogara, asked the federal government to turn its attention to improving the welfare of EFCC staff in order to insulate them from corruption.

Mr Dogara, whose short remarks received thunderous applause from staff of the commission, said building a headquarters for the commission, “as important as it is” was not enough commitment to the fight against corruption.

“We have the ardent responsibility to insulate officers of this agency from temptation,” he said.

He also spoke on the need to change the corruption narrative in Nigeria saying there are millions of Nigerians who do not bow “before the god of corruption.”

In her remarks, the Secretary General of the Commonwealth, Patricia Scotland, said the “determination of Nigeria is inspiring” other countries to spur up the fight against corruption.

She hailed President Buhari’s example and his commitment to Nigeria’s efforts at recovery of stolen asset.

Ms Scotland also charged officials of the EFCC to remain determined and sustain the current momentum of the anti-corruption campaign.

“We hope that this building will not only take the angels but will send all the corrupt [persons] to where they rightly belong,” she said.

In his address, the acting EFCC chairman, Ibrahim Magu, said under his watch, the commission has recorded 486 convictions, in the last two and half years.

He said, this year alone, the EFCC has secured 89 convictions and “for the first time in Nigeria”, a senior advocate is convicted of corruption.

Mr Magu added that the commission has also recovered N500 billion, explaining that all monies recovered for the federal government were “duly remitted” into the federation account and those for individuals were given back to them.

He saluted the effort and commitment of his predecessors, from the founding chairman of the commission, Nuhu Ribadu, who got the commission its first building in Wuse, Abuja.

He said a new and bigger headquarters for the EFCC became a necessity in view of expansion over the years, as well as the need for “security and confidentiality” for the commission’s operations.