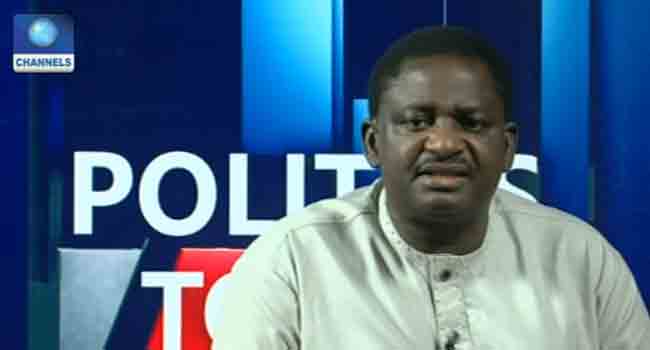 Spokesperson to President Muhammadu Buhari, Mr Femi Adesina has faulted some claims by the opposition Peoples Democratic Party (PDP) against the APC- led government over the way it has handled matters of national importance.

In a statement on Sunday the PDP’s National Publicity Secretary, Kola Ologbondiyan, had accused President Buhari of corruption over the fuel subsidy regime of his government.

The party also asked the President to submit himself for an independent inquest into his handling of the N1.4 trillion oil subsidy regime as well as his alleged complicity in other exposed financial impropriety by cronies of his government, particularly in revenue collecting agencies.

In response to the comments, Mr Adesina said after 16 years of ruling, the PDP is only starting to play opposition, however, “it is playing it all wrong and it is crying wolf where there is none”.

Speaking further, the President’s spokesperson noted that he may have questioned the sanity of the Mr Ologbondiyan if he hadn’t known him well enough.

He described the comments as laughable and ridiculous, adding that the allegations were alien to the government.

He said: “When you introduced this topic, you needed to have seen the laughter, the uproar that came from me. I laughed so much I almost tumbled from my chair because it is very ridiculous and laughable.

“I looked at my friend and colleague Kola Ologboniyan speaking, if not that I know him well because we are tribesmen, by tribesmen I mean from the media constituency. If not that I have known him for some time, I would have said: “is codeine of tramadol at work? Because those allegations are simply ridiculous and laughable.

Responding to questions about the failure of the government to adhere to some court rulings on cases involving the likes of the leader of the Shiite group, Ibrahim El-Zakzaky and former National Security Adviser, Sambo Dasuki, the President’s spokesman said he would not comment on them as they were outside his purview.

He said: “I will not want to belabour the issues you have raised because they are outside my purview. They reside in the purview of the Attorney General of the Federation.

“He has responded to these matters before, you may recall what he has said or if you want a fresh explanation, you may get in touch with him.”

Furthermore, Mr Adesina said he believes that the PDP only comes up with various tactics to destabilize the government.

“The idea I have is that the PDP just wakes up and says what can we do today to make the government uncomfortable, so they play one wild card or the other – that is the impression I get about that party.

“So, all these things are not worthy of responses”.