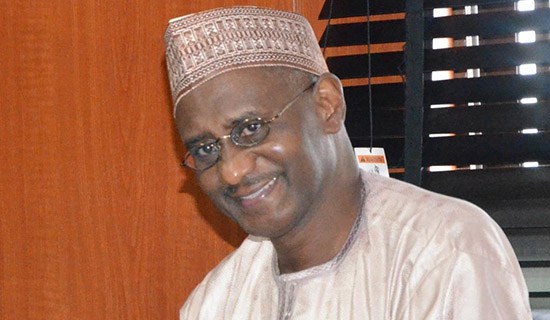 The newly inaugurated Governing Council of the agency has accused Mr Yusuf of misleading it to act against the policy directive of government, by fraudulently obtaining its approval to invest the sum in securities.

The council also said the Executive Secretary concluded the arrangement for the investment before seeking its approval, contrary to the laws governing the scheme, and ignored key conditions it attached to the approval.

Mr. Yusuf was suspended by the Minister of Health, Isaac Adewole, in July 2017, following allegations of gross misconduct.

The minister then set up a panel to investigate the allegations. The panel reportedly indicted the Executive Secretary, following which the minister forwarded the report to the presidency.

But in February, without informing the minister, President Muhammadu Buhari reinstated Mr Yusuf into his office.

The development ignited an uproar, with a group of workers staging a protest at the agency against the return of the executive secretary.

President Buhari later summoned the minister and Mr Yusuf to a meeting at which he urged them to bury the hatchet and work together in the interest of the scheme.

Earlier in December, the president appointed a governing board for the scheme, alongside those of 208 other federal parastatals.

In February, he directed ministers to inaugurate the boards of agencies under their supervision. That directive was carried out on March 6 at the NHIS when the governing board was inaugurated with Enyantu Ifenne, a medical doctor, as chairperson.

However, much earlier in August while Mr Yusuf was still on suspension, the minister gave approval to the acting Executive Secretary of the scheme, Attahiru Ibrahim, to invest “idle funds” of the agency in federal government securities.

This was said to be in line with the National Health Insurance Act (Part IV, Section 11.4), which states that:

“The Scheme shall invest any money not immediately required by it in Federal Government Securities or in such other securities as the Council may, with the approval of the Minister, from time to time, determine.”

“It has come to my notice that the NHIS kept residual balance not immediately required for day-to-day operations idle in Treasury Single Account with the CBN. The Sum has accumulated over the years and has become somewhat sterilised as you continue to hold it in cash thereby leading to erosion in value due to inflationary trends which currently stands at 16.1%

“Following from above and in order to arrest this value erosion of the NHIS funds, I hereby approve as follows:

“It is my expectation that the returns on these investments will be used to fund part or all of the proposed interventions in the tertiary health institutions without depleting NHIS actual funds balances. I have taken the liberty to notify the Honourable Minister of Finance, Chairman Senate Committee on Health and Chairman House Committee on Health Services.”

However, 11 days later, the minister wrote again to the acting Executive Secretary to reverse his approval.

“This is to inform you that the Honourable Minister of Finance has advised against the proposal to invest NHIS residual funds in securities. The approval of such investment, she stated, will be an indirect violation of the Government’s Treasury Single Accounts (TSA) policy.

“In view of the above, the Central Bank of Nigeria (CBN) has been advised to pay Treasury Bill rates on any residual balance held in the TSA with CBN for Investment Trusts.

“You are therefore directed to stop all actions and processes on the investment of NHIS residual funds in securities with immediate effect and approach CBN to facilitate the payment of interest on residual funds.”

The later letter appeared to have put closure on the idea to invest the NHIS “idle funds”, until Mr Yusuf regained his office in February.

Documents revealed that shortly after his reinstatement, he engaged one of the certified investment firms, Cowry Asset Management Limited, as financial adviser and directed it to proceed with the investment, relying on the original letter of the minister conveying approval but ignoring the other letter withdrawing the approval.

He directed that N25 billion be invested in five tranches of five billion Naira each and to mature in 2034.

According to insiders at the NHIS, this was also in defiance of advice of officers at the agency, some of whom later decided to frustrate the process pending the inauguration of the governing board.

Following the inauguration of the Council on March 6, Mr Yusuf presented a memo to its first sitting on April 25, on the “urgent need to invest NHIS funds due to huge deficit spending, inflation, poor cash backing, debts owed the Scheme by banks and unauthorized deductions by the Office of the Accountant General of the Federation.”

He asked the council to approve that the NHIS management immediately commence the process of investing the residual funds in federal government securities and give progress report of the investment to council from time to time.

Based on the memo, the council approved the placement of N30 billion only in federal government securities “with no commission payment to a third party.”

Following the council’s resolution, Mr Yusuf on May 3 wrote Cowry Asset Management Limited to inform it that the council stated clearly that “there should be no payment of any commission to a third party” for the investment.

He, however, stated: “The Scheme will therefore engage Cowry Asset Management Ltd in a similar way it did its Forensic Auditors and retained Lawyer with initial engagement fee and any subsequent payments of fees presented for work done by your Company will be subject to the approval of the Tenders Board.”

After the approval, aghast insiders at NHIS made the council aware of the advice of the minister against the investment when the idea was initially muted in 2017.

Irked that the executive secretary had only presented to it the initial letter of the minister conveying his approval, it directed that no further action be taken on the investment.

The council also issued Mr Yusuf a query for misleading it to give approval for a course of action that is against the policy directive of government.

According to the query issued by the Chairman of the Governing Council, Mrs Ifenne, the council noted that its provisional approval was for “Management to initiate due process and submit a proposal to enable Council seek authorisation by the Honourable Minister of Health.”

Mrs Ifenne’s letter continued: “As it stands, Council attention has been drawn to new information which you failed to disclose in your earlier presentation.”

The council said Mr Yusuf withheld from it a letter from the minister which expressly stated that the Minister of Finance advised against investing NHIS funds in securities.

It also accused the executive secretary of engaging the financial adviser without stating the terms and conditions of engagement.

Other charges are that Mr Yusuf approved “wholesale” the proposal of the firm he engaged as financial adviser on the eve of the inauguration of the council, and directed a general manager of the scheme to expedite disbursement of N25 billion for long-term investment without obtaining prior approval of the Minister of Health as required under the NHIS Act.

He was also accused of engaging the investment advise on “vague and elastic terms”, and instructing an official to process the firm’s engagement without further reference to council for approval.

Stressing the council was not presented with all available information to enable informed decision-making on the matter, the chairman stated that the council believed that “non-disclosure of significant information misled it into error in decision which may compromise her standing.”

The query advised Mr Yusuf to explain in writing “the observed procedural lapses and failure to disclose critical information to Council.”

It directed him to present his explanation to council at its meeting scheduled for June 12.

That meeting, however, did not hold on that date due to other reasons and the council is yet to announce another date for the meeting.