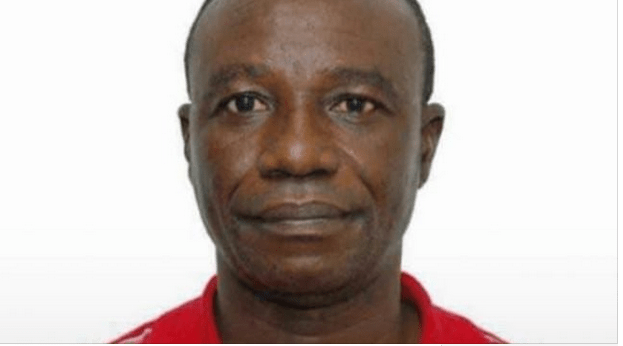 The Obafemi Awolowo University, Ile Ife, has dismissed a lecturer of the institution, Richard Akindele, who demanded sex from a female student to help her improve her grades.

The dismissal was disclosed during a press conference by the Vice Chancellor, Eyitope Ogunbodede, on Wednesday.

Mr. Ogunbodede said the conclusion was reached after the investigative panel found Mr. Akindele guilty of inappropriate relationship with one of his students, Monica Osagie, a claim to which he admitted.

The vice chancellor said the dismissal of Mr. Akindele will serve as deterrent to others as “the university has taken further steps to ensure total elimination of sexual harassment in the OAU community”

The university had initially suspended Mr Akindele indefinitely, following an interim report of its investigation.

Read the full statement by the vice chancellor confirming the dismissal below.

Around the 7th of April, 2018 or thereabout, there was an audio conversation between a man and a lady which was sensationally trending on social media because of its explicit sexual tone. After thorough investigation, it was discovered that the said audio conversation was between a lecturer and a student of our University (OAU) who were later identified to be Professor Richard Akindele and Ms Monica Osagie.

To save the image of the University and to unravel the circumstances that surrounded the whole saga, the University Management set up a committee and mandated it to submit its report within a week. Furthermore, the Management issued a query to Professor Richard Akindele to explain his role after which he was suspended pending the final determination of the case in line with the University regulations.

Although the committee invited the two persons involved, only Professor Akindele could be initially reached and invited. This necessitated the submission of an interim report. However, when the committee eventually succeeded in inviting Ms Monica Osagie, and finally concluded its sittings, it then submitted its final report to the Management.

To disabuse the minds of the general public on the issue of an alleged cover-up, the Vice-Chancellor, on two occasions, issued press releases that were personally signed by him. The press releases were maximally published by virtually all the media houses and aired by Radio and Television Stations across the globe.

(1) Professor Akindele had an inappropriate relationship with his student Miss Osagie. This was established through their conversation in the audio recording; his reply to the query; the oral evidence; and the printed ‘WhatsApp conversations’ tendered before the Committee.

(2) He had acted in a manner that is seen to have compromised his position as a teacher and examiner, in that, his conversations with Miss Osagie were about examination scores and inducement of favour for the alteration of examination scores.

(3) He offered to change Miss Osagie’s purported “33%” result to a pass mark in consideration for sexual favours, this was established in the audio recording which he admitted.

(4) His claim that Miss Osagie knew that she had passed with a score of ‘45’ but was seeking to score an ‘A’ and that this led to him being sexually harassed by Miss Osagie cannot be supported by any evidence.

(6) From the evidence, Miss Osagie had no idea that she scored ‘45’, a pass mark as later claimed by Professor Akindele, although she later found out she did not fail the course.

(7) Professor Akindele’s claim that he reported Miss Osagie’s ‘harassment’ to his colleagues cannot be supported by any evidence as all his colleagues denied it and one mentioned that she only talked about the matter with him after the audio recording was released over the internet.

(8) Professor Akindele operated in a position of power and authority over Miss Osagie and as such sexually harassed her.

(9) Professor Akindele was liable for all the allegations of misconduct levelled against him.

Accordingly, the Senate recommended that Professor Richard Akindele, having been found liable on all the allegations against him, should be dismissed from the services of the University.

The Council, at its meeting of today, Wednesday, 20th of June, 2018, having considered the recommendation of Senate, as well as the report of the Joint Committee of Council and Senate, decided that Professor Richard I. Akindele should be dismissed from the services of the University for gross misconduct.

The University has also taken further steps to ensure the total elimination of Sexual Harassment (SH) in the OAU Community. The University has a legal duty to prevent sexual and gender-based harassment within the institution and ensure that both men and women are protected from this menace; and thereby provide conducive environment for teaching and learning. To achieve this, the university:

(a) is creating more awareness and disseminating information on what constitutes Sexual Harassment (SH) within the university, and noting the veracity of SH concepts which include – sexual solicitation and advances, sex exploitation, prostitution, seduction, pimping, sexual assault, unwanted touching, vulgar sexual jokes, rape among others. These concepts are well specified in the University Sexual Harassment Policy approved by the University Council in 2013;

(b) has put in place a strategic implementation framework for the SH Policy which will ensure effective/rapid redress mechanisms to incidents of SH. The SH Policy clearly states mechanisms for reporting and for dealing with SH cases through the committee system. This would be made more functional;

(c) will continuously educate staff and students about their right to seek redress in cases of SH;

(d) has uploaded, on its website, the Sexual Harassment Policy, under the administrative blog, while copies are being given to students at matriculations, and when staff are newly recruited;

(e) intends to add ‘Zero Tolerance to Sexual Harassment’ as part of its core values, and openly display this on bill boards.

A whistle-blower policy is also being developed by the University.

OAU is fully committed to the eradication of sexual and other types of harassment from our tertiary institutions and will do all that is possible to nip this menace in the bud. OAU has zero tolerance for Sexual Harassment and as a renowned University will do everything humanly possible to maintain the rules and regulations of the University.