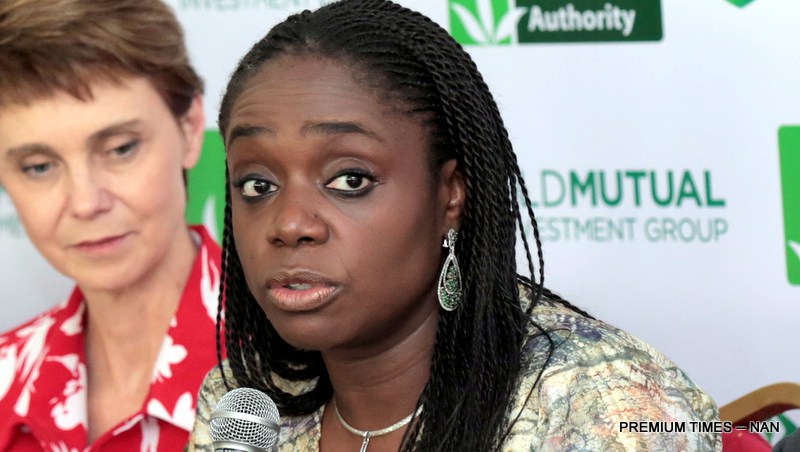 Nigeria’s main opposition party, People’s Democratic Party (PDP), has called for the immediate sack, arrest and arraignment of the minister of finance, Kemi Adeosun, for criminal forgery of her NYSC certificate.

In a statement by its national Publicity Secretary, Kola Ologbondiyan, the party called on President Muhammadu Buhari not to provide a cover for Mrs Adeosun in the character of his Presidency whenever close allies or agents are found wanting on issues of corruption.

Mr. Ologbondiyan said the revelation vindicates its stand that the Buhari presidency is a “haven of fraudsters, common thieves and persons of questionable character”.

He added that the recent revelation has cast a full-length dark shadow on the overall integrity of his administration.

“The world can now see how the Buhari Presidency has been concealing sharp practices under it.”

“We can now see why there is humongous corruption under President Buhari’s watch and why Mr. President has refused to take any concrete steps to check the sleazes in his administrations,” he said.

He said such ‘artful dodgers’ were deliberately hired and placed in revenue related agencies to perfect the pilfering of our common patrimony for interests in the Buhari presidency.

The party’s image maker charged president Buhari to prove himself a man of integrity by allowing an open system-wide and independent inquest into all alleged corrupt practices in his presidency.

“We challenge President Buhari to be bold to allow an open independent inquest into the exact figures amounting to the trillions of naira oil revenue earned by the nation in the last three years and how he had spent same with Mrs. Adeosun as minister of finance.”

“Mr. President should also allow an open inquest into his handling, with Mrs Adeosun, of all our depleted foreign financial instruments, including the Excess Crude Account (ECA), from which funds were taken without recourse to the National Assembly.”

“President Buhari should also allow an inquest into his administration’s borrowing of over N10 trillion in 30 months, with Mrs. Adeosun as minister of finance and the purposes for which the money was used”

He further urged Nigerians to note of what he described as the colossal corruption under President Buhari’s watch and hold him directly responsible for all the calamities that have befallen the nation in the last three years.