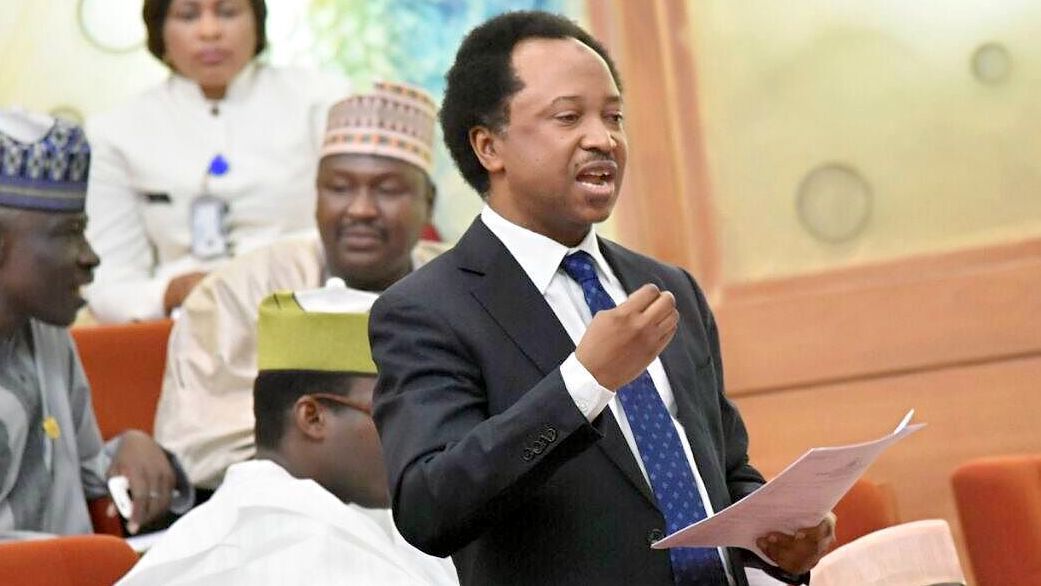 The Kaduna State chapter of the All Progressives Congress has reacted to a directive from the national body that the indefinite suspension of a senator, Shehu Sani, be lifted.

In a statement on Sunday, the state chapter of the party said the lawmaker, representing Kaduna Central, remains suspended as the national body cannot impose a member on them.

Earlier in the day, the national headquarters of the APC in a statement lifted the ‘purported’ suspension of Mr Sani.

The ward had on Thursday affirmed the suspension of the senator. A statement signed by the factional chairman of Kawo Ward 6, Ibrahim Togo, said the initial decision to suspend the senator was taken “based on the provisions of the constitution of our great party.”

“The Kaduna State APC will not sacrifice its cohesion, discipline and unity for political expediency,” the statement reads “We have waged a long and consistent struggle to uphold respect for the Party, its constitution, and party spirit so that this party can grow and fulfil the hopes that inspired its formation.

“Therefore, we affirm the indefinite suspension of Shehu Sani for serial indiscipline and violations of the party constitution, and further clarify that the constitution of our party does not bestow any powers on the national headquarters to quash the decisions of the Ward, Local Government and State Executive of the Party. You cannot join the party at your ward level, proceed to treat the same party with utmost contempt for three years, then delude yourself into a belief that the national headquarters can now declare you a saint, and impose you on the state party!”

The statement went ahead to list offences for which the party meted out the indefinite suspension.

The senator was accused of working against the progress of the party and the state in connivance with another senator, Suleiman Hunkuyi.

It reads further, “The party shall support only those who uphold its substance and spirit, and it cannot condone the opportunism of people who having used the APC to get to the Senate, began rebelling against it as soon as they got to Abuja. Article 9.2(i) of the APC Constitution clearly states the obligations of members.“Members of the Party shall be obligated to affirm the party’s aims and objectives and conduct themselves in a manner that shall not bring the party to public odium and disrepute. Members of the party shall also observe the rules and regulations embedded in this Constitution.”

“Article 21A (i-xi) of the APC Constitution lists offences for which a member is liable to disciplinary action. Shehu Sani has violated several of these, before and since his suspension.

“We are not a party of anything goes! Shehu Sani is on indefinite suspension from the APC. The process for his suspension was initiated in December 2015 by the Party Executive in Ward 6, Kaduna South Local Government, which suspended him for 11 months. Shehu Sani’s indiscipline, his disrespect for the APC, and the whole notion of party spiritpersisted during the first suspension. Therefore it was extended to indefinite suspension, with the endorsement of the State Executive Committee of the party.

“Since 2015, Shehu Sani has engaged in unremitting hostility to the APC, joining the gang-up against the party in the Senate. At the national level, the utterances in which he has ridiculed the party and President Buhari are well-chronicled.

“In Kaduna State, Shehu Sani has since July 2015 opposed everything the APC and the government it installed has tried to do. On Security, Education, Law and Order, and Social Welfare issues, he shamelessly diverged from party position with an enthusiasm and recklessness that even the opposition parties in the state did not demonstrate. We recall the undisguised glee with which he denied Kaduna State the $350m loan the World Bank had adjudged the state eminently qualified to access. This loan was to help improve lives by building more schools, hospitals and vital infrastructure. We cannot sit with such a renegade except he can reverse course and ensure that we get our loan, among other conditions.

“While on suspension, Shehu Sani joined Suleiman Othman Hunkuyi in an attempt to factionalise the APC in Kaduna, opening a parallel secretariat and claiming to have their own chairman. The Kaduna State APC swiftly defeated this attempt at factionalisation. We were dismayed that rather than promptlyapplying the provisions of the party constitution to punish factionalisation, the national headquarters of the party constituted a “fact-finding” committee.

“While Suleiman Hunkuyi has left our party after trying and failing to destroy it, his partner in indiscipline, Shehu Sani, is desperately trying to hang in because he has sought, but not found, greener pasture. His posters are all over Kaduna without the name or logo of the APC, or indeed any party. Everyone recalls how he was the loudest of the irresponsible lot that over several weeksthreatened the party with defection, only to relapse into customary cowardice, unable to join his allies in carrying out the threat.”

The party called on the national leadership to uphold the party constitution in handling the issue.

“The Kaduna State APC issues this as a notice that we will robustly insist on our prerogatives. We will not indulge those that have betrayed our people. And we call on the national headquarters to uphold party spirit, respect its constitution and avoid the appearance of taking loyal party members for granted, or treating traitors as heroes.”

The stance of the Kaduna APC reflects the deep-rooted animosity between Mr Sani and the state governor, Mr El-Rufai. Both men, although members of the APC, have been at loggerheads since 2015, shortly after they were inaugurated.

Due to their seemingly irreconciable differences, Mr Sani had been expected to leave the party. He was, however, persuaded not to by national leaders of the party.