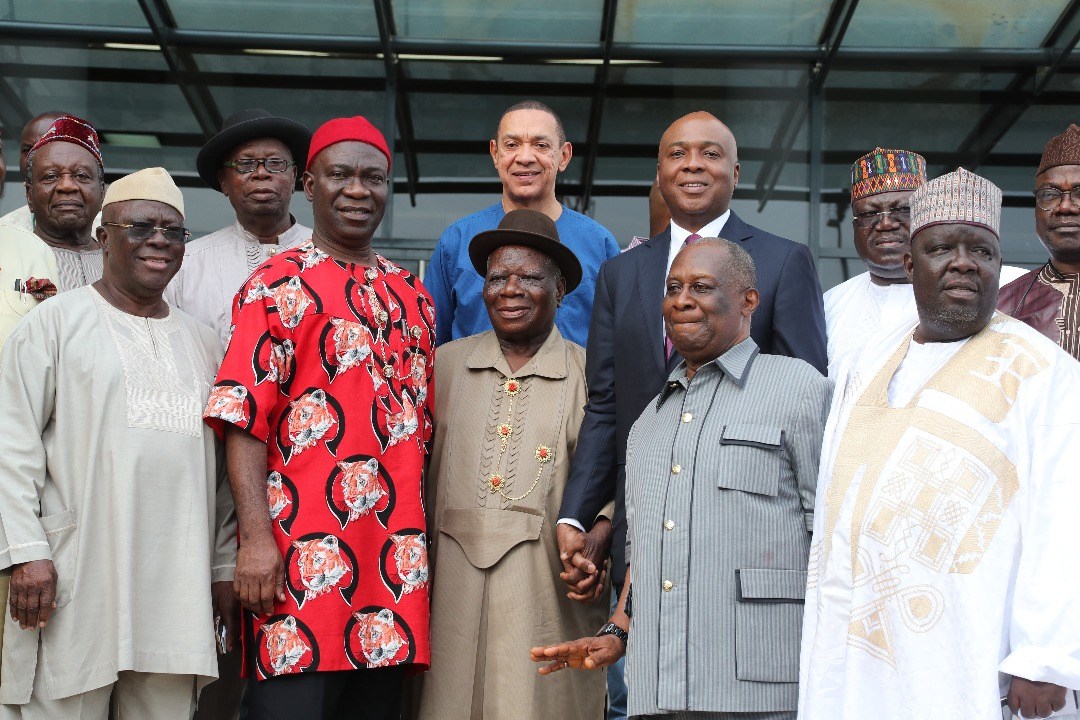 The Southern and Middle Belt Leaders Forum on Wednesday accused the Buhari administration through the vice president, Yemi Osinbajo, of engaging in “advance(d) vote buying” ahead of the 2019 general elections.

The group, which met in Abuja to deliberate on the state of the nation, noted that the Tradermoni scheme of the government was an avenue to corrupt the electorate ahead of the general elections next year.

In a communiqué jointly signed by leaders of the zones, namely, Yinka Odumakin, South West; Bassey Ewa-Henshaw, South South, Isuwa Dogo, Middle Belt and Chigozie Ogbu, South East, the group demanded the stoppage of the scheme as it shames the anticorruption campaign of the present administration.

“Meeting expressed utter disappointment in the Vice-President of the Federal Republic of Nigeria, Prof Yemi Osinbajo for his continued corruption of the electorates in a funny scheme named ‘Tradermoni’,” read the communiqué.

“We noted his odious outing with this corrupt act shortly before the Osun governorship election when he went to dole out cash to would -be voters and distributing forms in which beneficiaries were asked to fill in their PVC details and phone number.

“A few days back, he took the perverse scheme to Lagos accompanied by the Governor of Lagos and the APC governorship candidate in Lagos state, an act that totally betrayed the political manipulation of the polity with pecuniary tools.

“It is rather unfortunate that a Professor and Senior Advocate of Nigeria is not ashamed to be doing this open ‘see and buy’ ahead of elections while he continues to preach virtues when convenient.

“We demand immediate suspension of this scheme in the manner the VP is going about it presently as it shames the whole anti-corruption campaign of the administration. It is pure bribery of voters.”

The Buhari administration launched a new initiative under the Government Enterprise and Empowerment Programme (GEEP), called the Trader Moni, which it said, will empower two million petty traders before the end of the year.

The scheme would grant a minimum of 30,000 loans in each state of the federation and the Federal Capital Territory.

TraderMoni is designed to help petty traders expand their trade through the provision of collateral free loans of N10,000. The loans are repayable within a period of six months.

Under the scheme, beneficiaries can get access to a higher facility ranging from N15,000 to N50,000 when they repay N10,000 within the stipulated time period.

The forum also addressed the issue of the attack on the deputy senate president, Ike Ekweremadu, and condemned the response of the police on the attack.

The police said interim investigations show the attack was a case of burglary, a response that had received flaks from Nigerians.

“Meeting condemned the irresponsible response of the police to the recent terror visited on the home of the Deputy Senate President, Senator Ike Ekweramandu,” the communiqué highlighted.

“Accounts by the DSP showed that police did not respond to (the) distress call and visited the scene of crime several hours after the attackers struck at his residence.

“We were shocked to see police spokesman concluding the incident was a burglary attack within a few hours of little or no investigation in the order the current IGP dismissed the arsonist attack that claimed the lives of Kano REC and his family in 2015 as mere accident shortly after visiting the scene of crime.

“With the invasion of the Senate months by security operatives and the sealing of Ekweremadu’s home the day (the) Senate President beat police cordon, the police are making inquiring minds to wonder if this was not a state terror.

“We strongly advise the police to stop behaving like a partisan outfit and embrace professionalism in handling matters like this. We demand a thorough investigation of the incident.”

The group also expressed its displeasure over the spate of violence going on in different parts of the country without adequate response from the state.

“We are worried by the Killings in Kaduna, Plateau, Shiites in Abuja as well as kidnappings in Delta State and other parts of the country,” the leaders said.

“We are not shy to say that the government has failed in its primary responsibility of securing the lives and property of citizens.

“A Government that cannot rise up to the challenge of securing the polity is not fit to be in office.”

Efforts to reach the vice president’s spokesman, Laolu Akande, were not fruitful as he would not pick several calls made to him on the phone.

He also did not respond to a text message sent to him, which requested his response to the allegation made by the forum.