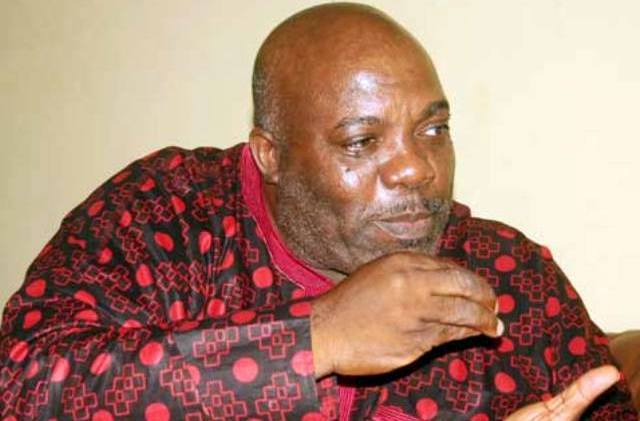 A former aide to former President Goodluck Jonathan, Doyin Okupe, has said his son joined the campaign for the reelection of President Muhammadu Buhari to spite him.

Mr Okupe was in the campaign team of Senate President Bukola Saraki in his failed bid for the presidential ticket of the Peoples Democratic Party (PDP).

But his son, Ditan Okupe, has asked to join the campaign team of Mr Buhari, a few days after the son of former President Olusegun Obasanjo, Olujonwo, also joined the team.

In a letter to the Buhari campaign organisation, Ditan Okupe described President Buhari as the best candidate for the top job, adding that everything must be done to prevent the PDP and its cohorts from returning to power next year.

Reacting to the development, Mr Okupe, in a tweet, said his son was supporting President Buhari to spite him over an issue they had in the past.

“Ditan Okupe is my son. He is a very brilliant young man. He went to Kings College, Lagos, Burkingham University, UK and did postgraduate in law at d London School of Economics. We both have had serious issues in the last five years.This may be his way of getting back at me. I wish him luck.”

The spokesperson of the Buhari Campaign Organisation, Festus Keyamo, on Thursday gleefully tweeted the development.