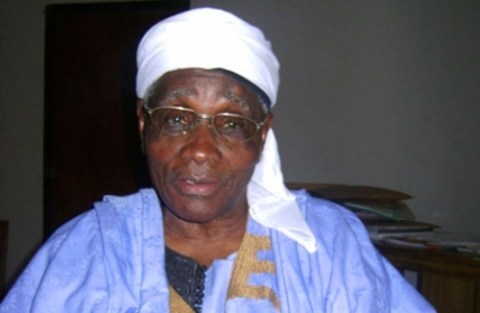 The Arewa Consultative Forum (ACF) has distanced itself from the comment of the chairman of the Northern Elders Forum (NEF), Ango Abdullahi, on President Muhammadu Buhari’s re-election bid.

Mr Abdullahi on Sunday called on northerners not to vote for President Muhammadu Buhari in the 2019.

The former Ahmadu Bello University don, who spoke to journalists in his Zaria residence, said Mr Buhari has failed Nigerians and should not be trusted for a second term ticket.

“Two of the conditions we gave Buhari upon his assumption of office were that he should take concrete steps to address the abject poverty and underdevelopment in the North and he has woefully failed to marginally address any of them,” he said.

“Assuming that things are working in the North or in Nigeria as a whole, we would have taken a different position but everyone can see that things are not working under this government. Perhaps, as a prelude to where this government has taken this country, Buhari wasted six months before being able to set up his cabinet.”

In a response to Mr Abdullahi’s comments at a press briefing in Kaduna on Monday, Anthony Sani, the Secretary General of ACF, said “The Arewa Consultative Forum, wishes to disassociate itself from the statement credited to the Northern Elders Forum kicking against the re-election of President Muhammadu Buhari and its position that the administration has failed.

“It is Nigerians that will decide whether a president has failed or succeeded.”

Mr Sani said the ACF is “not a partisan organisation.”

“It is God that used the masses, citizens of the country in making Buhari a president and they are not in position to decide for the citizens,” he said of the statement by the NEF president.

Mr Sani also went historical about the difference of opinion between the ACF and the NEF on political and governance issues.

“Again, we are not in support of the position of some northern elders against President Muhammadu Buhari’s re-election. It’s Nigerians that will decide and they are not speaking for the people of the North,” Mr Sani added.

The NEF and the ACF are two of the topmost socio-political organisations in Northern Nigeria.