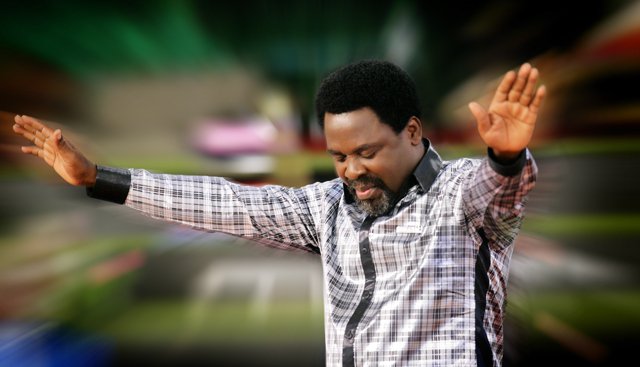 Pastor T.B. Joshua of the Synagogue Church Of All Nations in Lagos, Nigeria has called for urgent prayers for Nigeria against “interruption of the democratic practice” in the nation.
Speaking to congregants on Sunday during a service beamed live via the Christian television network, Emmanuel TV, the cleric stated he had received a revelation concerning Nigeria on three different occasions, prompting him to make it public.
Joshua said: “I was in my vision and God told me to tell the nation and leaders to pray against the interruption of the democratic practice.
“The President’s heart is like a stream of water in the hands of God and He can control it whenever He wants.”
Speaking in his customary parabolic fashion, Joshua then reminded congregants of the prophecy he gave in 2016 where he candidly stated Nigeria’s future was “crying for help”.
“You must join me in prayer for the nation because two believers are better than one,” he stressed before enjoining congregants to rise and pray.
Worshippers then joined Joshua in asking for God to give President Muhammadu Buhari and Nigeria’s leaders “a greater understanding of God’s heart, discretion to guide their hearts, understanding that will protect them and wisdom that will rescue them”.