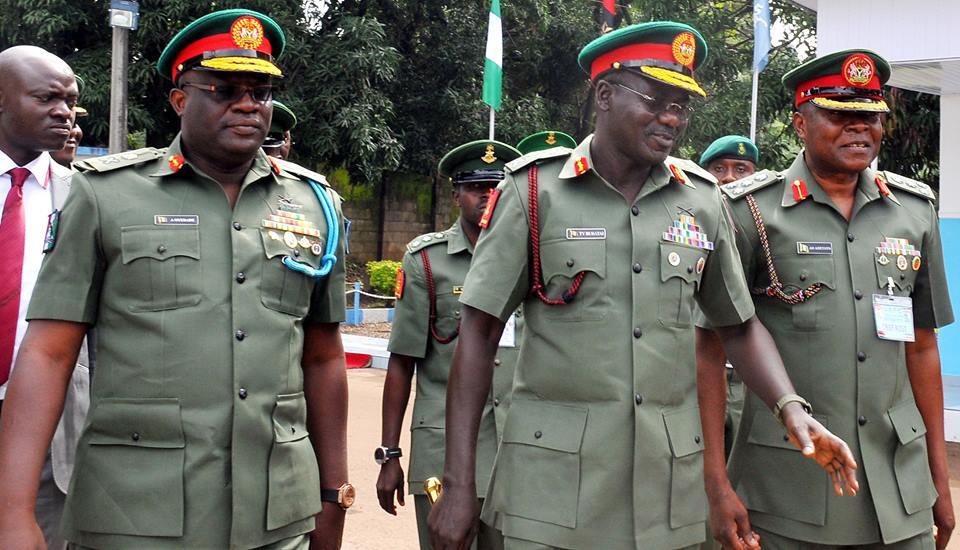 The Nigerian Army has called for the closure of the Amnesty International offices in Nigeria, alleging there is credible evidence the organisation is working hard to destabilise the country. This comes three days after the army accused UNICEF of aiding terrorism in the North-east.

The army spokesman, Sani Usman, said in a statement on Monday that Amnesty International’s alleged attempt to destabilise the nation was noted through the fabrication of ‘fictitious’ allegations of human rights abuses against the Nigerian security forces, the News Agency of Nigeria (NAN) reports.

According to NAN, Mr Usman also alleged Amnesty International had engaged in clandestine sponsorship of dissident groups to protest, as well as unfounded allegations against the leadership of the Nigerian military.

Mr Usman alleged that the Nigerian branch of AI that has hitherto been well respected has deviated from the core values, principles and objectives of the original parent body in the United Kingdom.

“They have tried over the years using Boko Haram terrorists’ conflicts, Islamic Movement in Nigeria, some activists and now herders-farmers conflicts.

“The NGO is at the verge of releasing yet another concocted report against the military, ostensibly against the Nigerian Army.

“Consequently, Nigerians should be wary of Amnesty International (Nigeria) because its goals are to destabilise Nigeria and to dismember it.

“The Nigerian Army has no option than to call for the closure of Amnesty International offices in Nigeria, if such recklessness continues,” Mr Usman said, as highlighted in the NAN report.

Mr Usman’s statement comes a few hours after Amnesty International on Monday said the Nigerian authorities’ failure to investigate communal clashes and bring perpetrators to justice has fuelled a bloody escalation in the conflict between farmers and herders across the country. The conflict has resulted in at least 3,641 deaths in the past three years and the displacement of thousands more, the report stated.

In the report titled, “Harvest of Death: Three Years of Bloody Clashes Between Farmers and Herders”, Amnesty International found that 57 per cent of the 3,641 recorded deaths occurred in 2018.

It said security forces were often positioned close to the attacks, which lasted hours and sometimes days, yet were slow to act. In some cases, security forces had prior warning of an imminent raid but did nothing to stop or prevent the killings, looting and burning of homes, it highlighted.

“The Nigerian government has displayed what can only be described as gross incompetence and has failed in its duty to protect the lives of its population and end the intensifying conflict between herders and farmers. The authorities’ lethargy has allowed impunity to flourish and the killings to spread to many parts of the country, inflicting greater suffering on communities who already live in constant fear of the next attack,” said Osai Ojigho, Director of Amnesty International Nigeria.

It is not clear if the army’s outburst is an outcome of the organisation’s latest report.

The army’s Monday statement comes three days after it accused the United Nations agency (UNICEF) of encouraging Boko Haram terrorism in the North-east. The army on Friday said it had ‘suspended’ UNICEF’s activities in the region based on its allegations which it did not provide evidence for.

The army did not state if it had President Muhammadu Buhari’s approval to announce such a decision against an agency like UNICEF. The presidency also kept mum on whether Mr Buhari was consulted before such decision was taken. Amnesty International was one of the first to condemn that announcement by the army.

The army later on Friday night, however, reversed its decision, saying the suspension on UNICEF had been lifted after a meeting and agreements.

Monday’s statement by the army also comes days after some Nigerian civic groups requested details of expenditure in the fight against Boko Haram.

A coalition of Civil Society Organisations (Socio-Economic Rights and Accountability Project, Enough is Enough, and BudgIT) made a Freedom Of Information (FOI) request to the Chief of Army Staff, Tukur Buratai, over the funding of the war against terrorism and other crimes in the country.

The CSOs alleged the army had not made commensurate achievement in the fight in line with the huge fund the federal government allocated to it.

Mr Buratai recently stated that some of the allocated funds were yet to be cash backed and had not reached the army.

He is, however, yet to respond to the FOI request.