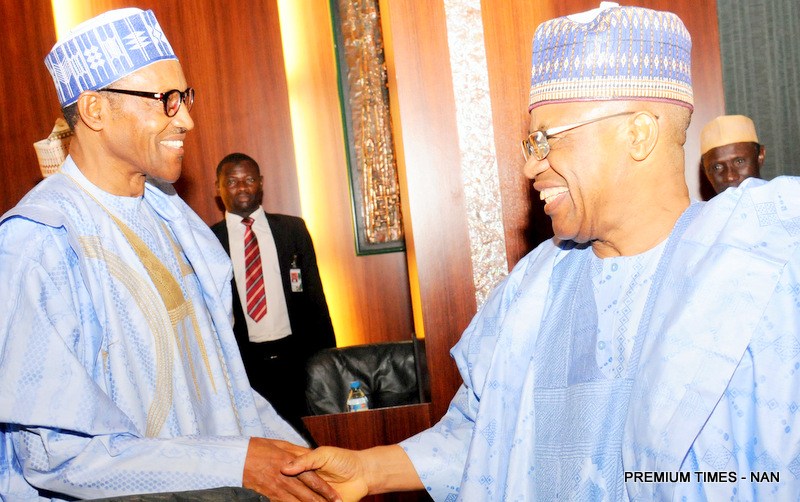 Former military ruler, Ibrahim Babangida, on Sunday heaped praises on President Muhammadu Buhari, acknowledging that the man he toppled in a coup d’etat in 1985 has remained focused and shown tremendous energy and vibrancy in running the affairs of Nigeria since 2015.

Mr Babangida also acknowledged Mr Buhari’s patriotism and commitment to serving the nation diligently with honesty and sincerity of purpose.

Mr Babangida poured the accolades on Mr Buhari in a statement released to the Journalists, ahead of Mr Buhari’s 76th birthday on Monday, December 17.

Mr Babangida’s last public message to Mr Buhari came in February when he urged the president to retire in 2019 for a younger leader, a call that soured relations between the duo.

In the birthday greetings, Mr Babangida said that Mr Buhari has been “an excellent role model to many young aspiring politicians and even to the not-so-young, because of the way and manner you have managed to sustain the survival of our country as an indivisible one nation albeit in the face of many daunting diversions.”

“You achieved great success in the fight against corruption, terrorism and other forms of insecurity in addition to getting our country out of economic recession.

“I wish to congratulate you for all the achievements you have recorded in your lifetime and particularly for your humility, deep sense of honesty and faith you have shown in the various aspects of governance, politics and democracy as our President.

“As we get over our mid-seventies, we can say with all sense of modesty that we should celebrate every birthday anniversary with prayers in order for us to thank Allah for all the blessings and the bounties He showered upon us.

“It is only fair that we pause and reflect in our own different ways on all the life’s challenges we face day by day and the positive strides we have been blessed to attain.

“A typical day in the life of a Nigerian President requires faith, poise, patience, tenacity, experience, strategic thinking and quality character for one to get through it.

“I join the first lady, Aisha, and all your children and grandchildren in wishing you many happy returns of your birthday.

“Aisha’s loyalty and support, as the home front commander, is invigorating since by our age we require much comfort, care and affection at home. Welcome to our club of the over 75,” he concluded.

Mr Buhari was born in Daura on December 17, 1941 and after his early education in both Daura and Katsina, he joined the army in 1961, one year ahead of Mr Babangida, who joined in 1962.

He was commissioned a second lieutenant at the age of 20 and appointed platoon commander of the Second Infantry Battalion in Abeokuta.
Mr Buhari in 1973 attended the Defence Services Staff College, Wellington, India.

After the 1975 coup that brought Murtala Muhammed to power, Mr Buhari was appointed governor of the North Eastern state.

Mr Buhari was appointed minister of petroleum resources in 1976 by then military leader, Olusegun Obasanjo, who succeeded Mr Muhammed.

After the military handed over power to Shehu Shagari in 1979, Mr Buhari, then a colonel attended the US Army War College, in Pennsylvania.

Mr Buhari, alongside Mr Babangida, toppled the Shagari civilian government in 1983. Mr Buhari was in turn overthrown by Mr Babangida two years after.

Mr Buhari retreated into civilian life after several years of restriction by the Babangida government and came out to serve as chairman of Petroleum Trust Fund during the Sani Abacha junta.

In 2003, Mr Buhari had his first shot at the presidency. He did not win. He tried again in 2007 and 2011 and also failed to win. He won in 2015, the first challenger to defeat an incumbent in the presidential election in Nigeria.