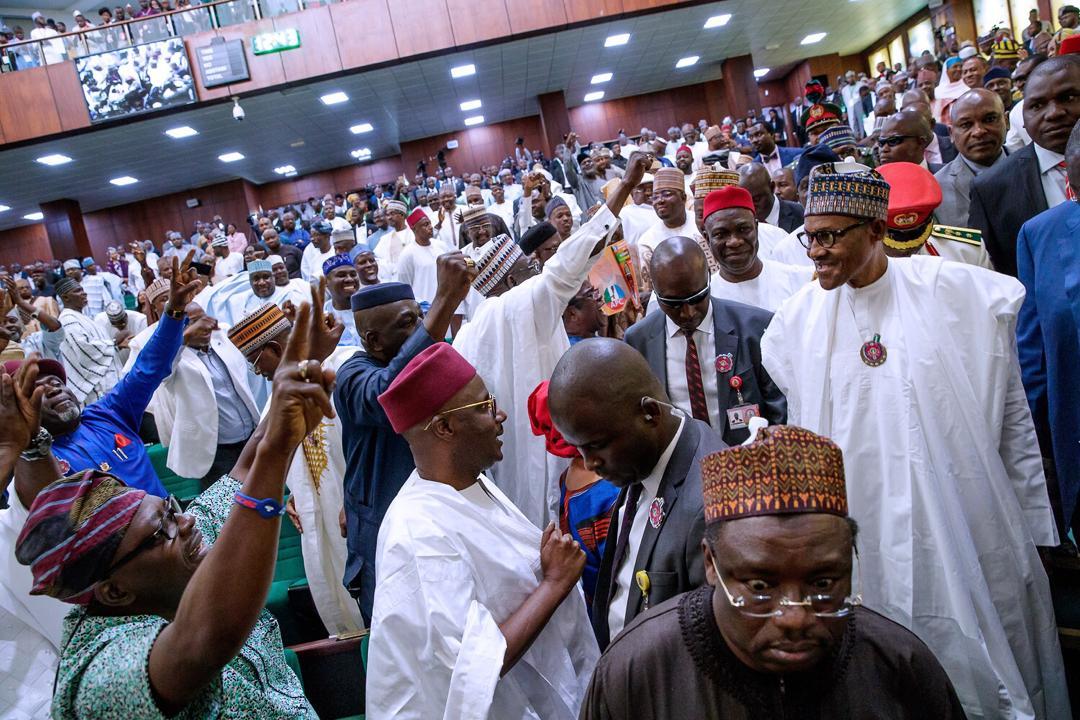 The parliament witnessed a rowdy session on Wednesday when President Muhammadu Buhari presented the 2019 Appropriation Bill before the National Assembly.

Lawmakers from different political divides booed and cheered the president as he explained the budget details.

The proposal showed that about a quarter of the sum (N2.14 trillion) will be used for debt servicing while capital expenditure is expected to gulp N2.031 trillion.

Mr Buhari’s speech was, however, interrupted by cheering and booing.

Government protocol requires that after the president’s presentation, the Speaker of the House of Representatives would give the closing remark/vote of thanks after which the session would be adjourned.

But that was not the case as the session became rowdy after Mr Buhari’s presentation.

While his supporters were cheering and chanting songs of praise, protesting lawmakers were booing the president – the chaos lasted for over ten minutes.

Efforts by the Speaker, Yakubu Dogara, to calm the noisy lawmakers (and give his speech) were unsuccessful. Some lawmakers thereafter began to sing the national anthem to perhaps signal the end of the session.

Leaders of the joint session were forced to abruptly end the session and the president was hurriedly led out of the chamber.