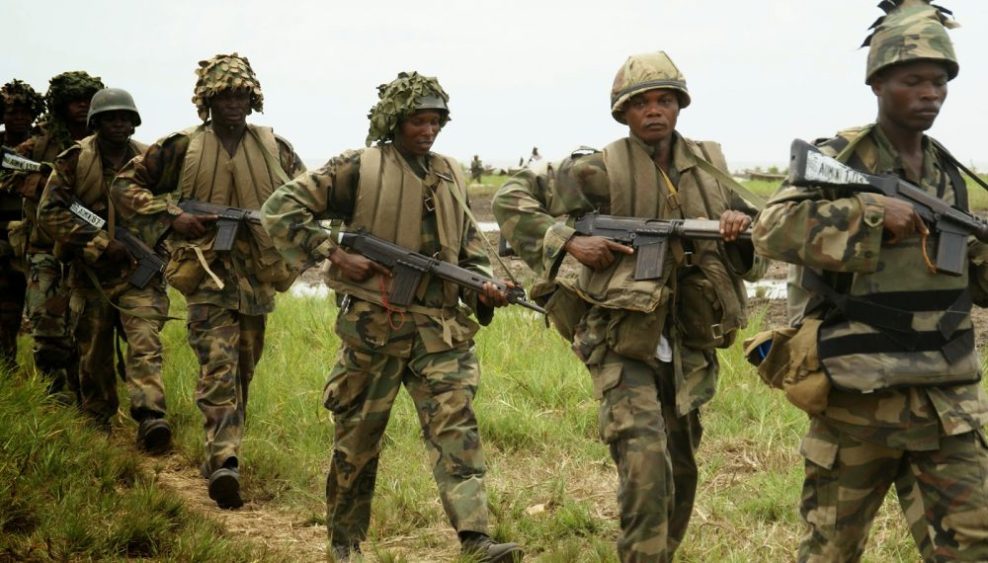 The army, however, denied the narrative, saying the attack occured, but was successfully repelled.

Baga, a fishing community, fell to the group in 2015 but was retaken by the Nigerian military backed by the armed forces of Niger and Chad.

The Nigerian Army confirmed overnight fighting at the Multi-National Joint Task Force (MNJTF) base on Wednesday night, but did not give details about who was in control of the town.

A statement by the army on Thursday said troops “put up a very determined fight to repel the attack throughout the night”, and said a navy personnel was killed in the attack.

But several reliable security sources at the frontline told PREMIUM TIMES the situation was more dire than the army made it to look.

According to the sources who spoke on strict condition of anonymity for safety reasons, the insurgents were able to carry out the attack on Baga which is the headquarters of the 7 Brigade of the Nigerian Army and the MNJTF, despite that there was information it will happen.

One source said the fighting lasted through out the night until the troops were eventually dislodged.

“Available reports revealed that Boko Haram have dislodged Nigerian troops from Baga,” the miltary source said. “There is no official confirmation on whether the troops have retaken Baga as no reinforcement has been able to reach Baga as at midday Thursday.”

The source added, “The first reinforcement stopped halfway at Cross Kauwa; they have not been able to reach Baga town.

“However, the air force carried out three sorties as at 10a.m. (Thursday) on the Boko Haram currently controlling the town but no confirmation on whether they have retaken the town.”

“We are now witnessing simultaneous attacks at different locations,” the source said.

“Before now, the Boko Haram had taken out two of the three battalions under the brigade, which are Metele and Gudumbali, all under the 7 Brigade.

“The other (dislodged) battalion is that of Malam Fatori, a border town with Niger Republic close to Lake Chad.”

The source worried urgent action needed to be taken to stop the systematic seizure of location, else the troops would be cut off.

“If no effort is made to retake Baga, Malam Fatori would be completely blocked from road movement and the Boko Haram would route the troops out easily,” the source said.

Intelligence not acted upon

One source said there was intelligence of the Wednesday night attack, but that nothing was done to forestall it.

“Unfortunately, even civilians were aware of the impending attack on Baga at least 24 hours before the attack,” the source said.

“At about 2 p.m. yesterday (Wednesday) civilians reported gathering of Boko Haram in Metele and Arege and their movements were passed to appropriate authorities. But as usual nothing was done.”

The military officer who was apparently saddened by the unfortunate developments in the theatre of war said the command, not the troops, was the problem.

Asked if the Nigerian military can still defeat Boko Haram, the source said, “Yes, we can sir, but the military and political leadership are living in denial.”

“We can’t solve a problem when we don’t believe it exists. Moreover, they (the political leadership) condemned the past actors and the methods used to achieve success. They are now ashamed to use same method.”

“The troops along with their Nigerian Navy counterparts put up a very determined fight to repel the attack throughout the night, while Sector 3 Operation LAFIYA DOLE sent in reinforcement who are in hot pursuit of the terrorists.

“Similarly, a Search and Rescue team has been constituted. The Nigerian Air Force component has also been mobilised and are engaging the fleeing terrorists. Unfortunately, a naval personnel was killed in action.

“So far, no further details of casualties yet as efforts are on going to clear the terrorists hiding in Baga and environs.

“We enjoin all to remain calm as the troops conduct clearance and mop up operations. We implore members of the general public to disregard any contrary information circulating on the attack.

“We will keep you posted with development on the pursuit and mop up operations.”