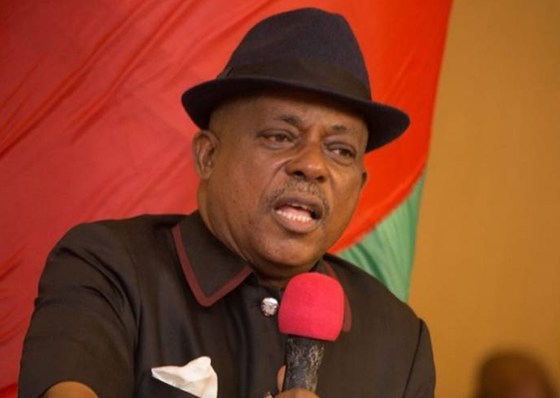 The Peoples Democratic Party (PDP) says voting decisions of Nigerians in the 2019 general elections will determine the future of the country.

Uche Secondus, the party’s National Chairman, stated this in his New Year message issued by his Media Aide, Ike Abonyi, on Tuesday in Abuja.

He advised Nigerians to see 2019 as “the restoration year” for the country.

He said 2019 was critical in the life of the nation as it would be a turning point in the emerging political evolution.

“The general election in the country this year 2019 provides ample opportunity for the country to be rescued and restored as the biggest black nation in the world both economically and politically.

“This year provides us the ground to save our democracy and the country from the comatose state misrule has placed it.”

Mr Secondus said that 2019 provided the way to correct the mistake Nigeria made in 2015, saying that good decisions by the voters in 2019 is needed to recover the country.

“Our nation did not bargain for this quantum of avoidable bloodletting and loss of human lives when it voted in 2015.

“Nigerians did not vote in 2015 for their economy which was the best in the continent to be so damaged to merit her the `poòr’ capital of the World.

“It was not the desire of Nigerians in 2015 when they voted to have such frightening unemployment record as confirmed by the National Bureau of Statistics after nearly four years,” the chairman said.

He noted that growing insecurity in the land, senseless killings across the country and mauling down of our troops by terrorists raised a lot of concern and called for real change in the nation’s polity.

He said that it would be a huge disservice to the nation if the Independent National Electoral Commission (INEC) failed to give the country free, fair and credible elections in 2019 to enable the will of the people to prevail as to who governs them.

He said that huge consequences await anybody who whether directly or indirectly did anything to undermine the will of the people by trying to manipulate the electoral process.

Mr Secondus advised security agencies in the country to remember that their responsibility was to Nigeria and Nigerians and not to a particular government in power at a time by remaining transparently neutral in all political matters.

“Anything otherwise from security agencies during this electioneering and always amounts to great disservice to the people of Nigeria whose tax pay they use for their upkeep,” he said.

Mr Secondus said that the PDP elevated Nigeria’s democratic status by introducing electoral reforms that saw it defeated and had a seamless transition to an opposition.

He said if the party could do that, the democratic world should be concerned at the president’s refusal to sign an amended Electoral Act that would have facilitated a smooth and transparent election.

“In wishing Nigerians a prosperous and trouble-free new year, the National Chairman, however, advised them to take their destiny in their hands by not only coming out massively to cast their votes but to be ready and prepared to defend them.”

He urged the global democracies to show more than passing interests in the country’s general election because of the strategic importance of Nigeria in the democratic community of Africa.