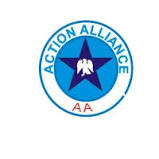 Dr Yakubu Tor-Agbidye on Friday appealed to the people of Taraba southern senatorial district to represent the zone at the red chambers Abuja in the coming general election.

Tor-Agbidye made the appeal in a letter duely signed by himself, a copy of which was made available to The Finder Newspaper.

After a deep thought, careful consideration and discussion with family and friends, I have decided to seek the Senatorial seat from Southern Taraba Senatorial District, Taraba State, Federal Republic of Nigeria, in 2019.

I wish to also commend all of you for the political leadership you have so far provided to the people of the Southern Taraba Senatorial District.  Leadership is always a challenge, and I commend you for your steadfastness and all your good efforts. You will however, agree that a lot more is needed to help foster Justice, Unity Peace and Development amongst the people in this district.

My desire here is to join forces with all of you to help move our dear senatorial zone to a new level.  I am however; keenly aware of the daunting task of making it as a Senator in the Federal Republic of Nigeria, but with your support, and the will of the Almighty God, I believe we shall prevail.

Here are the reasons why I need your support to become the Senator from the Southern Taraba Senatorial District.

To Serve as Peace Crusader between Conflicting Groups in Taraba State:

I am fully aware that for far too long, the different tribal groups in the zone have trapped themselves in unnecessary conflicts of ‘them-versus-us’ dichotomy, which has resulted to loss of lives and wanton destruction of properties worth millions of Naira.

In the past few years, Taraba State in general was engulfed with several other ethno/religious conflicts, however relative seems to be on the way, thus a need for new dynamics and strategies to be developed to encourage peace and development.

The types of unnecessary conflicts must not be allowed to fester since they affect all of us and  these conflicts have not resulted into any meaningful form of development in this part of our geopolitical area of Taraba State. Thus if I am given this opportunity, this will become one of the areas that I would spend a lot of energy and work hard to bring about peace and unity amongst these tribes, rather than allow this situation to continue in the floods of needless conflicts.

The people of thr southern part of Taraba State deserve to live in peace, harmony, and tolerance for one another, because we have suffered immense hardships as a result of conflicts in this region and it is therefore, time for a change!

The cacophony of the last decade of conflicts in this region must be replaced by a symphony of tolerance and the humility to listen to, and respect one another.

If given the opportunity, I will work hard to build that bridge of understanding and hopefully diffuse the tension and create a cooperative atmosphere that will hasten the infrastructural development for the benefit of all in the Senatorial zone in particular and Taraba State in general as well as with her neighboring states.

In fact Peace is not just the absence of war, but it is the presence of justice. Therefore there must be justice and fairness  to every citizen of Southern Taraba. This justice must be blind to ethnicity, religion or species and  If justice is not blind to all these, it will become rather a weapon of terror.

Today, the injustice meted to some ethnic groups in the region, seems to be creating unimaginable aurora of terror against some ethnic groups. Believe me, if Taraba State had purposeful and dynamic leadership that practices blind justice, another a glass walls, we wouldn’t be in this in this situation today.

We must not be contempt with the current situation, we must believe that a better Taraba State is possible, and on a quiet night we can all hear the new Taraba breathing and loudly calling for us to get tribalism, religiosity, nepotism and favoritism out, by ushering new Senator Yakubu Tor-Agbidye in 2019. A beautiful state like Taraba must not and should not experience any more bloodshed!

To promote the development of basic infrastructures for the people of Southern Taraba  people, I will work hard and fiercely with all stakeholders (Hamlets, Villages, Local Governments, State, Federal, and International communities) to achieve integrated development in the southern Taraba and ensure that our citizens enjoy: Good Health and Wellness Centers; Portable/clean water supply; Appropriate education and training facilities to reduce the rates of unemployment and underemployment of oir dear youths.

Appropriate agricultural technology to boost agricultural outputs for both domestic consumption and the export market as wrll as Targeted economic development programs to attract foreign investors and promote tourism in Taraba State would Br our up most priority.

Advocate for Regional Cooperation/Development between Taraba and neighboring States:

I will work hard to elevate this region to an area of sober reflection, gentle persuasion, robust analysis and essential compromise that will create an atmosphere necessary for economic cooperation and development of Taraba and her neighboring States.  Taraba State and indeed the Middle Belt region have not developed the necessary capacity to network both domestically and internationally, to attract investments into the area.

With my international background and network, I will seek to bring about capital projects and necessary infrastructure to this region for rapid modernization that will enhance growth and development which will enable the region and Nigeria to become more competitive with other nations. Since the progress of any state within the Middle-belt region will be tied to the other states, it is expected that efforts like this will also promote peaceful coexistence between Taraba and her neighboring states.

I am convinced that a glorious future is beckoning Taraba State and Nigeria. Such a future requires sacrifice of self, malice to none, fairness to all, respect for law and the courage to change. Mine will be an abiding commitment to the progressive cardinal programs of our great ruling party and leadership of my mentors, friends and supporters. Through my network of international connections, I will consistently seek to bring about meaningful developmental programs and funds to the region to reduce the burdensome cost on governments, so that funds will be available for capital projects and the rapid modernization of infrastructure that will enhance the region and Nigeria’s competitiveness with other nations.

I will strive for that which is noble and of good report before the almighty God and in the court of history and girding my loins with truth; I trust that God will enable me to bring to the Senate and the region the nationalism and the seriousness of our past great leaders.

I am convinced that a glorious future awaits Taraba and Nigeria, and I also believe in this adventure of faith–the transformation of Taraba and Nigeria into a land where, justice, unity, peace liberty, truth and the rule of law reign.

I am therefore, willing to make this sacrifice to become a change agent. My quest is about changing the culture and value system of our people for development.   This is a daunting task that I cannot do it alone, hence my appeal for your support! On my part, you can count on absolute transparency and accountability in all my endeavors.

I am therefore counting on you, and all friends and well wishers to help send me to the Nigerian Senate to promote Justice, Unity, Peace and Development Taraba and Nigeria as whole. Above all, to serve as a voice for the voiceless for the people of Southern Taraba senatorial District.

Dr. Yakubu Tor-Agbidye was born on August 16, 1957, at Tor-Damisa village in Akate ward of Donga Local government, Taraba State.  At the time of his birth, his father was the clan head of Ugondo clan in the then, Wukari Federation, he is one of 12 children of his father.  Dr. Tor-Agbidye started his education at Tor-Damisa LGEA Primary School in 1964. But following the death of his father in 1965, he moved to Mkar, Makurdi and finally completed his primary education at Katsina-Ala Township School in 1971.

He thereafter, attended Wesley High School Otukpo, from 1972 and graduated in 1976. While at Wesley High School, his leadership was recognized and he was made the Assistant Headboy. After graduation, he proceeded to School of Basic Studies (SBS) Ugbokolo for further studies, but due to financial constraints, he had to withdraw. He later attended College of Agriculture Yandev, from 1979 and graduated in 1980 where he obtained Ordinary National Diploma in Livestock Production with a Distinction.

While at, Yandev, he was the Secretary General of Fellowship of Christian Students (FCS), and also elected the Student Government President where he successfully and dynamically represented the students’ interest.

After College of Agriculture Yandev, Dr. Tor-Agbidye briefly worked as a Livestock Assistant in Nigeria before proceeding to the United States of America for further studies.  He attended Tuskegee University, Alabama, from 1983 to 1987, and graduated with BS and MS in 1987.  He was thereafter awarded a Fellowship to pursue a doctoral degree at Oregon State University (OSU) Corvallis, Oregon.

He attended OSU from 1987 to 1992 and graduated with a Doctorate Degree in Animal Nutritional Sciences.  While at Oregon State University, he was elected President, African Students Association (ASA).  During his term, he networked with many other students’ organizations to exhibit several events together.  He gave speeches in and around the institution including radio talk shows and interviews with BBC, promoting and educating listeners on African political and cultural affairs.  He raised funds and organized several activities for the association.

Upon graduation, Dr. Tor-Agbidye joined Hewlett Packard/Agilent/Avago in 1992, and voluntarily resigned in 2007 .

Upon return to Nigeria, Dr. Tor-Agbidye unsuccessfully contested for the Southern Taraba senate seat in 2007. Following that, he was appointed the Special Advisor, Special Duties to the Deputy Speaker, House of Representatives from 2008 to 2011.  After that, he was nominated to be on the gubernatorial campaign team of the late Governor Danbaba Suntai to represent the Tiv people. After which the late Governor Suntai appointed him as the Special Advisor on Tourism.

Dr. Tor-Agbidye was the pioneer Head of Department of Animal Production and Health at the Federal University, Wukari as a senior lecturer. He also lectured as a Visiting Senior Lecturer, Taraba State University from 2014 to 2015. He is currently a member, Governing Council, Federal University of Agriculture, Abeokuta, Ogun State.