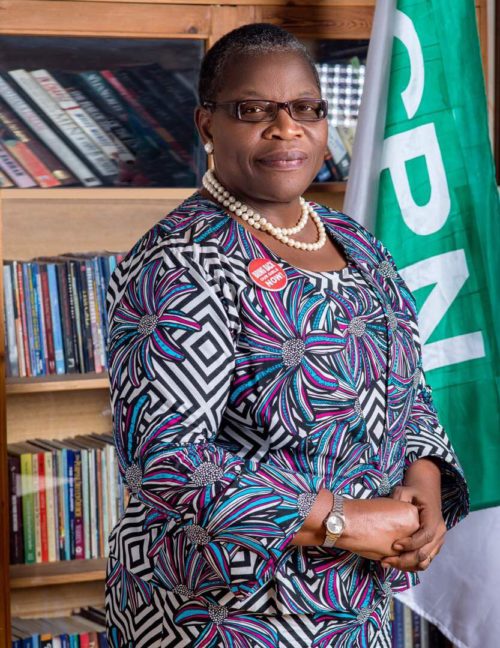 The Independent National Electoral Commission (INEC) has said that it is too late for Dr Obiageli Ezekwesili to withdraw as the presidential candidate of the Allied Congress Party of Nigeria (ACPN).

According to Mr Rotimi Oyekanmi, the Chief Press Secretary to INEC Chairman Professor Mahmood Yakubu, taking such a step at this time is against the constitution as amended.

Speaking as a guest on Channels Television’s Politics Today, Mr Oyekanmi said “The deadline for Ezekwesili or any candidate in that category to withdraw or be replaced has passed”.

Oyekanmi said candidates are free to withdraw their candidature but in Ezekwesili’s case the timing is the problem.

He said according to section 35 of the electoral act, “you can indicate that willingness not later than 45 days to the General Elections”.

The INEC Chairman’s spokesperson noted that in the 2019 schedule of activities, 17th of November 2018 was the last day for withdrawal or replacement of candidates.

Mr Oyekanmi further stressed that though Ezekwesili cannot be forced to participate in the election, still she cannot withdraw because that contravenes the law.

He said if she had indicated earlier, the opportunity would have been given to the party for a replacement, adding that now it is too late.

Dr Ezekwesili had earlier on Thursday announced her withdrawal from the presidential election scheduled to hold on February 16.

The former minister had explained that she took the decision to help build a coalition to prevent the All Progressives Congress (APC) and the Peoples Democratic Party (PDP) from winning the election.

Meanwhile, the ACPN has criticised Ezekwesili for withdrawing from the raceand alleged that her presidential aspiration was not real.

It claimed that the former minister withdrew without informing its leadership whose mandate she was holding.

The party also withdrew its support for the presidential campaign of Ezekwesili and endorsed the second term bid of President Muhammadu Buhari.