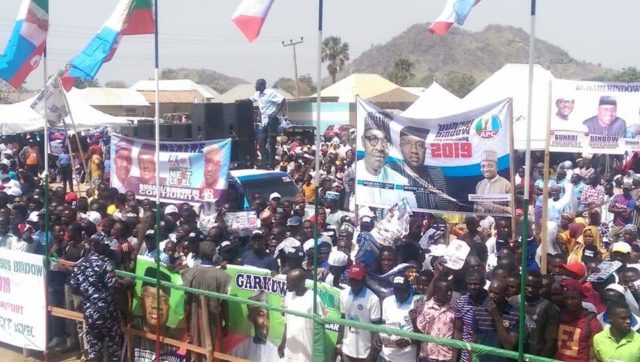 The chairman, Adamawa united for change, Alhaji Musa Dasin has emphasized that All Progressive Congress, APC, was not in any alliance with other political parties in the state ahead of the 2019 general election. Dasin made the disclosure, during the inauguration of the APC Yola North Ward and Local Government Area Campaign Committee held at Jimeta. The 27-man committee for the council, which is headed by Abdullahi Abubakar, has Godwin Adamu, as secretary while Emmanuel Zira is to serve as coordinator.

“At no time did we enter into alliance with any candidate from any other political party.” Tasking members of the committee to take their campaigns to their wards and units, the group chairman Dasin Musa, who inaugurated the committee, said: “We are anchoring our campaign on a unit based campaign to sensitise our people on the need to vote for the APC in the 2019 elections and work starts immediately.”

Fintiri warned against appointing those that have corruption case with EFCC as Vice Chancellor...