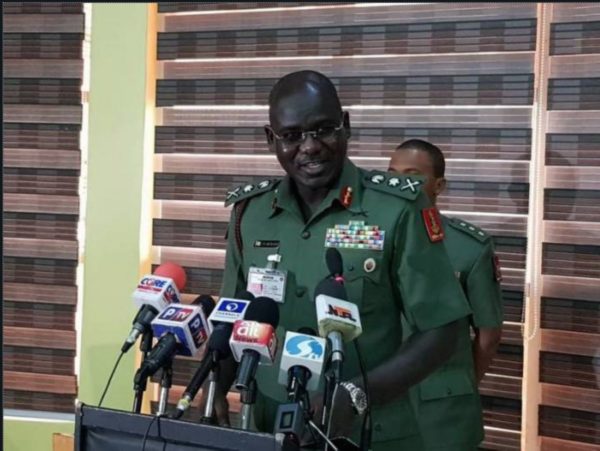 The Chief of Army Staff, Gen. Tukur Buratai, has directed commanders to deal decisively with anyone caught doing anything that will be inimical to the success of the election.

At a meeting with principal officers and commanders of the Nigerian Army in Abuja on Wednesday, he said the army was taking a proactive approach to stop election crimes such as ballot box snatching and violence.

He also directed the commanders to ensure the restrictions of movement within their commands and also carry out a stop and search, anyone found culpable should be handed over to the police.

He said that there would be no military escorts for politicians especially retired military during the general elections.

Buratai warned that should any officer have any doubt as to his or her loyalty to the Nigerian state such a person has until February 22, 2019, to resign.

President Muhammadu Buhari had earlier ordered security operatives to “deal ruthlessly” with anyone who attempts to snatch ballot box during the rescheduled general elections on Saturday, February 23, 2019.

The President said he had ordered security agencies to prepare to crack down on potential trouble makers during the rescheduled elections.

He said that he had briefed the law enforcement agencies and the military, who have identified the hot spots and flashpoints.

2019: CAN joins campaign train for Gov. Abubakar’s re-election in Bauchi

No amount of blackmail can deter Bindow from delivering his promises – Hunohashi Tells...