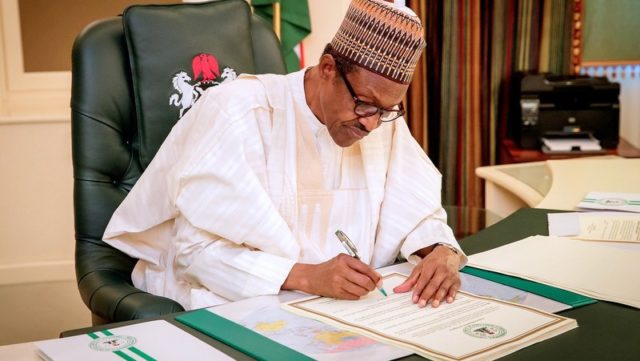 The president scored 523 votes while the Presidential candidate of the PDP, Atiku Abubakar got only three votes.

However, the president’s party, the All Progressives Congress (APC), candidate for Katsina North senatorial district, incumbent Kaita Baba-Ahmad, lost the unit to the candidate of Accord party, Lawal Nalado.

The candidate of the major opposition party, the PDP, Usman Mani, scored only two votes.

We are tired of empty promises, Yola Residents tells Fintiri