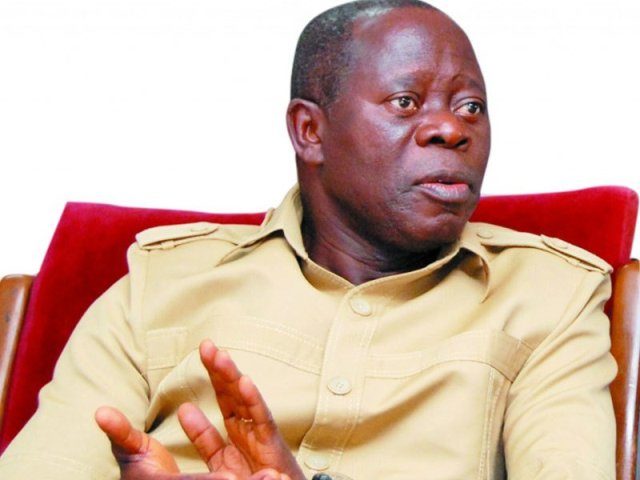 Oshiomhole in a telephone call to the governor Tuesday said Bindow deserved a special recognition for suppressing the political influence of Atiku, the Wazirin Adamawa in his own state.

The APC chairman said the election result in the state had clearly shown that the governor was popular than Atiku .

“Governor Bindow deserves a premium card for this wonderful feat. He truly tamed Atiku in the state. Atiku could only garner just a meager 32,000 votes difference to President Buhari’s votes, which is a clear political homework of Bindow.

“Nobody should underestimate the good work of the governor. APC is proud to have good leaders like Governor Bindow in the state,” he said.