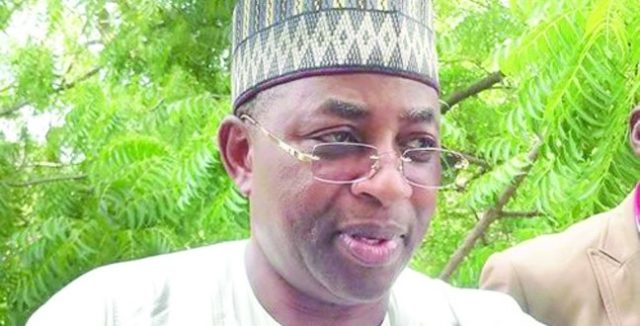 auchi State chapter of the All Progressives Congress (APC) has rejected the decision of the Independent National Electoral Commission (INEC) on the governorship election in the state.

In a statement issued over the weekend, INEC had said it would resume the elections in the state on Tuesday, March 19, 2019, noting that the results for Tafawa Balewa Local Government Area (LGA) were available and in safe custody.

However, at a press conference in Bauchi on Saturday, APC stated that the action taken by the electoral body is null and void.

Addressing the press conference, Alhaji Uba Ahmed Nana, the state chairman of the party, said the position taken by INEC contravened the provisions of the Electoral Act 2010 as amended.

He said: “Considering the letters and spirit of the Constitution of the Federal Republic of Nigeria (1999 as amended), and the INEC Guidelines for 2019 general election, INEC is not empowered to reverse any decision taken at the collation centre by the Returning Officer appointed for that purpose.

“Such decisions can only be reversed by a court of law, especially when INEC cannot approbate and reprobate.”

On the committee appointed by the commission to investigate the controversy surrounding the Bauchi election, he accused INEC of not giving party fair hearing, and also questioned the members that constitute the committee.

“The composition of the committee is also questionable as the Committee Chairman, Festus Okoye, Esq., is a close ally of and ex-personal solicitor of Honourable Yakubu Dogara of the Peoples Democratic Party (PDP).

“No justice can be done by the committee chairman, who is interested in the whole issues and the instant circumstances.”

FINTIRI IS NOT READY FOR GOVERNANCE- BINDOW’S AIDE