Breaking News
Home / Featured / Okorocha to Ihedioha: Get sworn in before issuing directives 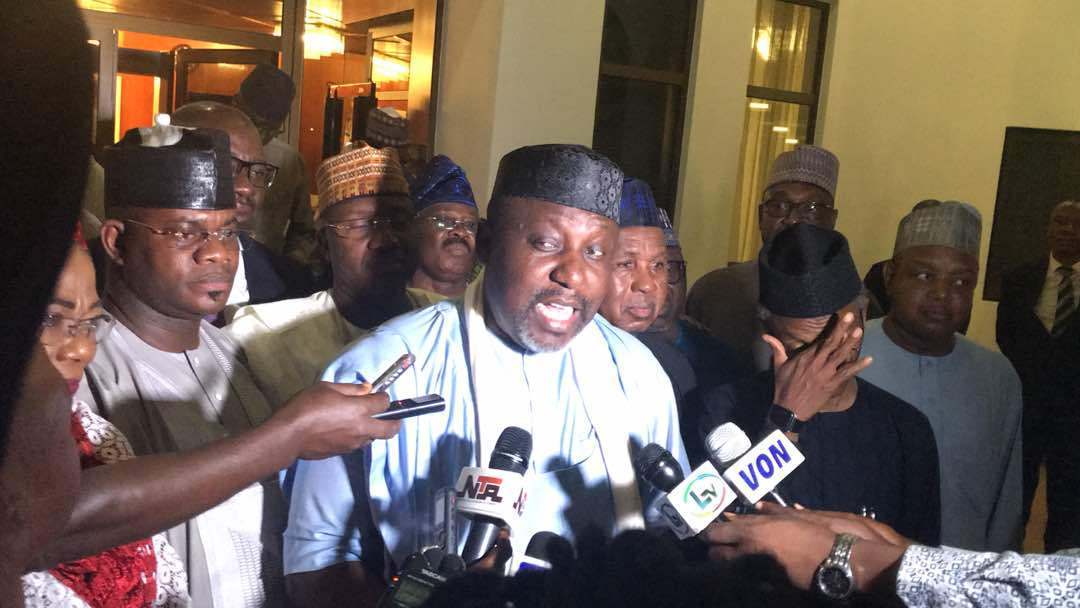 Okorocha to Ihedioha: Get sworn in before issuing directives

Governor Rochas Okorocha of Imo State has cautioned the state governor–elect, Emeka Ihedioha, to desist from giving directives to financial institutions in the state over their dealings with the state government.

Mr Okorocha issued the caution in a release signed by his Chief Press Secretary, Sam Onwuemeodo, and made available to journalists in Owerri on Friday.

He described the directive by Mr Ihedioha in Owerri on Thursday as “unfortunate and a sign of ugly things to come.”

He advised the governor-elect to be patient and wait until he was sworn in before issuing directives to financial institutions.

The governor said that “there is a government in place and until May 29, 2019, that government should continue to work in the interest of the state and her people and also continue to carry out programmes and policies for the same purpose.

“The best that the governor-elect can do is to confront the outgoing government when he takes over on any financial transaction he has reservations at.”