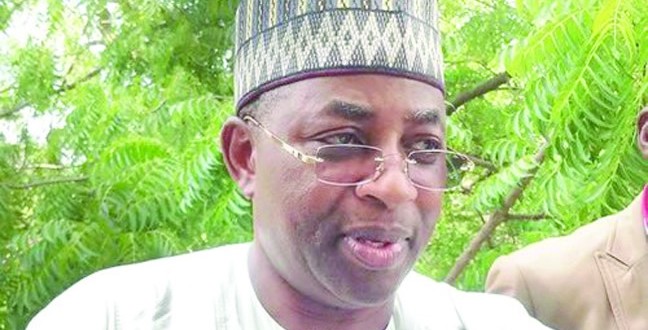 Bauchi Governor Mohammed Abubakar has disclosed he is heading to court to challenge the Independent National Electoral Commission’s (INEC) decision to resume collation of results in the state ahead of supplementary elections declared in six states.

The governor made the disclosure after briefing President Muhammadu Buhari on his decision, describing INEC’s decision as illegal and an attempt to reverse itself in its previous decision to hold supplementary elections in the state.

The All Progressives Congress (APC) had rejected INEC’s decision to resume collation of results in Rivers and Bauchi states ahead of supplementary elections declared in six states.

The Commission had fixed March 23 for supplementary elections after declaring the governorship elections in six states “inconclusive”.

The states are Bauchi, Benue, Kano, Sokoto, Adamawa and Plateau.

The governorship and House of Assembly elections in Rivers State were suspended due to violence.

However, INEC later said it would allow the collation of results in contentious Tafawa Balewa Local Government Area of Bauchi State instead of conducting a fresh election.

It also said it would resume collation of results in Rivers State.

Speaking to State House Correspondents after the meeting on Monday at the Presidential Villa, Abubakar said, “I came to brief Mr President about the situation in my state.

“Surprisingly, we woke up one morning and INEC came up with a procedure that is not known to law. Because, where a Returning Officer has declared the result, only an election petition tribunal can reverse the result. But INEC is attempting to reverse itself in the case of Bauchi. And when one juxtaposes that of Bauchi and other states with inconclusive elections, one wonders why that is happening only in Bauchi State.

“So, for that reason there is a need for me to come and brief Mr President because that has the potential of touching on the security of the state and it is our paramount duty to secure the state.”

Asked if what is happening was extralegal, the Bauchi governor said, “Of course it is definitely extralegal. It is a straight forward matter. The returning officer is the final arbiter even with respect to scores and declaration of result. And once he makes a declaration, no power can reverse that declaration except duly constituted court of the land.”

Asked what he expected President Buhari to do since INEC is an independent body, Abubakar said, “No, no, no. I said I came to brief Mr President, I am not seeking any action of Mr President. We all know Mr President, he is a stickler for procedure. What I pointedly told him was that I am not here to seek for you to interfere on our behalf, Sir, but to brief you on what is happening and what actions I have taken.

“One of which is that I am a lawyer and I am pursuing the legal angle. I briefed him and he emphasized on that legal angle, that it is the best way to go.”

Asked if he was not satisfied with Vice President Yemi Osinbajo’s handling of the matter which led to hisseeking kaudience with President Buhari, Abubakar replied, “No, no, no. There are procedures in these matters and levels of authority. I am a stickler for procedure, I started at the right place and I have also ended up at the right place.”

On the security of the state, the governor said, “We are on top of the situation, thank God. We have since ordered the ban on processions in the metropolis and things are very very calm.”

Asked if he was prepared for the supplementary elections, Abubakar said, “If they are going to do it now, we are ready. I don’t know who is afraid of anyone in Tafawa Balewa.”