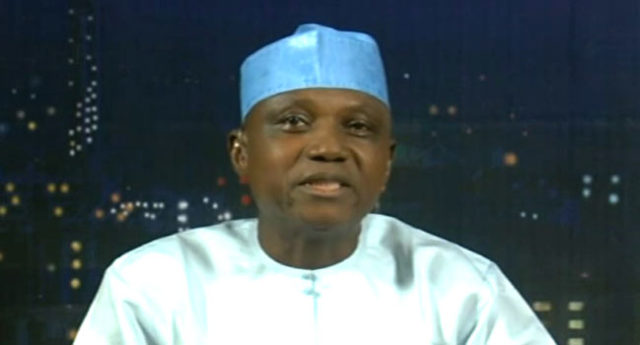 Garba Shehu, senior special assistant to President Muhammadu Buhari on media, says the north-eastern region of the country is better off under his principal.

Shehu said this in reaction to comment by Stephen Mamza, Catholic bishop of Yola diocese. Mamza had said the unabated killings across the country is an indication that Buhari is “sleeping on duty.”

But Shehu said the remark made by the bishop is unfair.

The presidential spokesman said the over 400,000 internally displaced persons (IDPs) who took refuge in Adamawa have gone back to Borno – a reason there was massive turnout of voters in the region.

“There is so much that has changed in the past three to four years in and around Yola, and the Catholic Church in particular that a true assessment would show that but for the Change Administration of President Buhari, things would have continued the way they were, or even get worse. These could not have happened if a Commander-in- Chief was asleep,” he said.

“Bishop Mamza was, and is still a strong member of the Adamawa Peace Initiative, API, composed of religious and community leaders which did the lovely work housing and feeding 400,000 displaced people from Northern Adamawa and Borno states in 2015.

“Now that Boko Haram has been degraded, the more than 400,000 displaced people absorbed by the Adamawa community have all gone back to Borno State and to those council areas in northern Adamawa.

“In addition to the capital,Yola, the towns of Michika, Madagali and Mubi which had been occupied by Boko Haram during their military advances have since been retaken by the Nigerian military, whose personnel are also clearing litters of Boko Haram’s carnage and are, through the support of the administration as well as local and international partners, rebuilding roads and bridges, power lines, burnt schools, markets, destroyed churches and mosques.

“Without an iota of doubt, the Northeast is better off with President Buhari than it was under the previous administration. That should explain the massive turnout of voters in the region, in spite of threats to life and property, to vote for the return of the President for a Second Term of four years.”

Shehu said it is easier to blame Buhari for the violence as community leaders “are too scared to blame the warlords.”

GROUP DARES FINTIRI TO PROBE BINDOW AND NYAKO, URGED HIM TO TELL ADAMAWA RESIDENTS WHY HE (FINTIRI) IS IN COURT WITH THE EFCC

We won’t allow anyone stampede Dr. Belel out of 2019 race – Adamawa Northern...

Metuh Cries In Court As Doctor Explains His Health Condition

Breaking: Bindow administration has done more for Numan Federation than any other govt in...

GROUP DARES FINTIRI TO PROBE BINDOW AND NYAKO, URGED HIM TO...