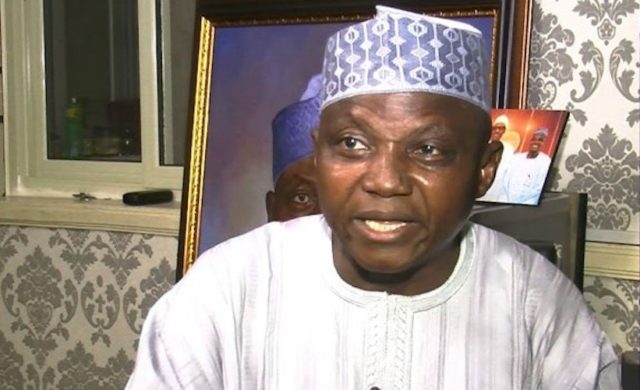 The Presidency has admonished the Peoples Democratic Party (PDP) to stop dragging it into the party’s “campaign of character assassination” against the president of the Court of Appeal, Zainab Bulkachuwa.

Garba Shehu, the Senior Special Assistant to the President on Media and Publicity, said this in a statement in Abuja on Saturday.

He said that reports claiming that State Security Services had indicted Mrs Bulkachuwa of corruption were the latest of the campaign.

The presidential aide said the campaign was aimed at causing disaffection between the Executive and the Judiciary.

“While the PDP and its candidates are free to exercise their right to challenge the results of the 2019 presidential election, it is unacceptable to drag the name of the President or other organs of the executive branch into the campaign of character assassination against the President of the Court of Appeal,” Mr Shehu wrote.

“The DSS doesn’t conduct its duties in the manner so described and you can’t use a fake security report to drag the presidency into a smear campaign against the President of the Court of Appeal.

“Attacking judges because the outcomes of cases don’t favour you and keeping quiet when the verdict is in your favour smacks of insincerity, double standard and mischief.

“Intimidating and impugning the character of judges in order to force them to bow to blackmail is against the spirit of an independent judiciary,’’ he said.

Mr Shehu said that the PDP praised the verdict of the Osun gubernatorial election tribunal because it favoured it, but sang a different tune because they lost the appeal.

He said: “We cannot keep changing the definition of an independent judiciary to suit our political convenience and bias without ultimately creating chaos in the system.

“If the PDP continues to blackmail and smear judges with fake news stories, we will ultimately find ourselves dealing with a situation where judges may be afraid to handle cases, thereby creating delays in the dispensation of justice.’’

The presidential aide maintained that if the presidency had any influence on election petition tribunals, APC candidates would not have lost a single case before the courts.

NANS shuts MTN office over killings of Nigerians in S/Africa