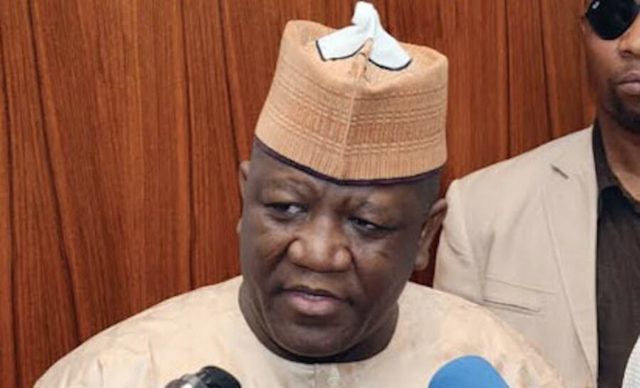 The immediate-past governor of Zamfara State, Alhaji Abdul’aziz Yari, said his party, the All Progressives Congress (APC),  remained a strong political party in the state inspite of its loss at the Supreme Court.

Yari stated this on Tuesday while addressing APC supporters who paid him Sallah homage in his residence in Talata-Mafara town in the Talata-Mafara Local Government Area of the state.

According to him, despite the Supreme Court verdict  which ceded leadership of the state over to the Peoples Democratic Party (PDP) “our party remains the strongest party in the state”.

“This visit indicates that our members remain one family; I thank you for this visit, I am appealing to you not to be discouraged.

“We accept the court judgement; we will continue to be opposition party and our opposition will be for the benefit of the state.

“We should not blame anybody on what happened; it was ordained by Allah and since Allah designed,  it no body can change it,” he said.

He urged members of the party in the state to love one another and continue to work together.

Earlier in his remarks, the state Chairman of APC,  Alhaji Lawal Liman, said the visit was to show solidarity to the former governor as the only APC leader in the state.

Liman said that APC remained strong and united in the state, with no faction, adding that those parading themselves as factions of the party were not true members but only working to sabotage the party.