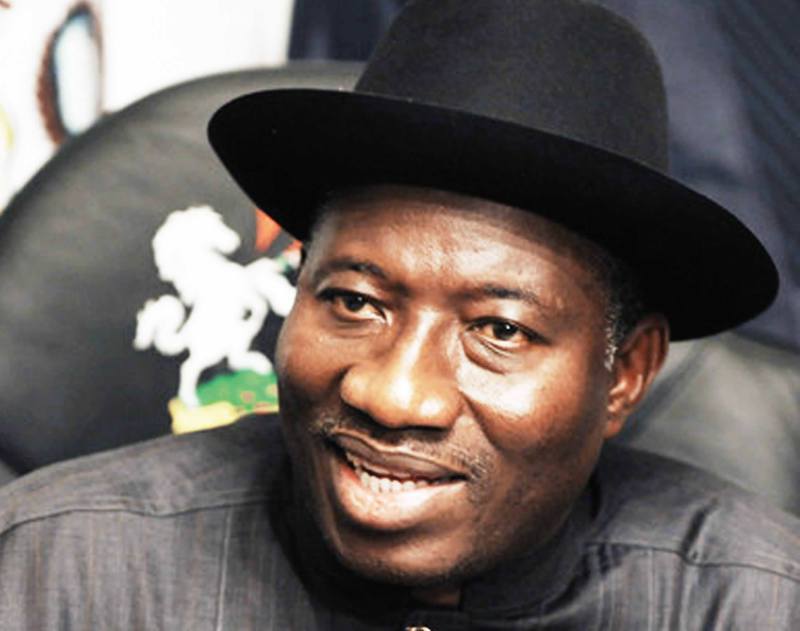 Former President Goodluck Jonathan on Thursday called for the implementation of the recommendations of the 2014 National Conference.

He made the call in Lagos while speaking at the launch of a book to commemorate the 80th birthday of a frontline politician, Femi Okurounmu, a former senator.

The book, a memoir by the politician, is titled “The Dream: Pursuing the Black Renaissance Through The Murky Waters of Nigerian Politics”.

Mr Jonathan said he convened the conference during his administration to address some of the challenges the country was facing.

He said some of the challenges were still with the country today, and he believed they would be addressed if the recommendations were implemented.

“Our country is faced on all corners by a multiplicity of challenges, bothering mainly on security and national cohesion.

“Although these problems are not new, the discord has continued to widen over time.

”I understand that efforts are being made toward addressing some of these challenges, however, we seem to play politics with sensitive and serious matters.

”The call for reforms has continued to grow louder, gathering the kind of momentum that should no longer be overlooked, if the nation must make real progress.

”I believe that the solutions to most of the problems we face today lie in our honest assessment of the recommendations of the 2014 National Conference.

”If we take politics out of our consideration, there is every likelihood that a diligent implementation of the key recommendations of the conference will lead the nation out of the woods,” he said.

Mr Jonathan, who was chairman of the book launch, said he believed the implementation of the conference report would heal frayed nerves and promote solidarity.

He said it would also engender peace and reposition the nation for meaningful growth and sustainable development.

On why his administration could not carry out the implementation of the conference recommendations, Jonathan said the report was submitted to him toward the twilight of his tenure.

He said he got the report when elections were approaching, and the executive and legislature were very busy preparing for the polls.

The former president said the implementation of the recommendations of the conference required amendment of the constitution and the National Assembly did not have the time to go through the process.

”I noticed that each time I express this belief and optimism, I always get hit with the counter narrative that seems to question my inability to implement the recommendations during my presidency.

”This is a question I have answered in many fora. In my book, “My Transition Hours”, Chapter 10 provided detailed answers in this regard.

”My administration was prepared to change the narrative for our constitutional democracy with the assurance that sovereignty really belongs to the people.

”However, we were time constrained. The conference was concluded less than one year to the end of my tenure.

”We received the report specifically on August 21, 2014, at a time the nation was in the mood of electioneering.

”Then, the members of the National Assembly, whose duty it was to consider and validate the process, were pre-occupied with the battle of political survival.

”I believed that given the nature of the consultations and due deliberations involved in advancing the process, an orderly and systematic implementation could have been concluded in less than a year.

”It was obvious we did not have that time before the end of my administration,” he said.

Mr Jonathan said his administration did not insist on a rushed implementation because he did not want be seen to have organised the conference to gain political popularity.

He said he was glad that the conference was a success, and thanked Mr Okurounmu, who was the Presidential Adviser on the project, for doing a good job.

The former president also described the politician as a great author who was not given to politics of bitterness.

He said Mr Okurounmu was one of the critics of his administration, but his observations were always constructive and helpful.

Mr Jonathan commended the politician for documenting his experiences in the memoir, saying the book would provide great lessons for the present generation and posterity.

”He has shown courage by documenting some of his experiences in the course of his glorious service to his nation and community for the sake of posterity,” he said.

A chieftain of the All Progressives Congress (APC), Anthony Adefuye, described Mr Okurounmu as a brilliant scholar who had contributed his best to nation-building.

He said the choice of Mr Okurounmu as the Presidential Adviser on the 2014 National Conference attested to his relevance as a political leader.

The APC chieftain, who was the chief launcher at the occasion, said the politician was his lecturer at the University of Lagos and did well as a teacher.

”He was my lecturer and I was his student. He displayed great brilliance as a teacher.

“I am proud of his achievements both in politics and the university,” he said.

Also speaking, Pro-Chancellor of UNILAG, Wale Babalakin, said he met Mr Okurounmu at the Government College, Ibadan, where both of them were students.

He said the politician’s achievements in life were not by accident, as he showed great promises as a student then.

The reviewer of the book, Tokunbo Awolowo-Dosunmu, said the 669-page book was a mix of the political and personal experiences of the author.

Mrs Awolowo-Dosunmu, Chairman of African Newspaper Nigeria PLC, Publishers of Nigerian Tribune, said the memoir revealed what many people did not know about the politician.

She said the author shared his thoughts on national issues in the piece, using clear and accessible language.

The reviewer said one of Mr Okurounmu’s suggestions was structural and institutional reforms to address the problems of the country.

She described the politician as a great man who had contributed immensely to nation-building.

Speaking, Mr Okurounmu decried the state of affairs in the country and called for the necessary interventions to move the nation forward.

He said the only solution to the security challenges and other problems was for the country to adopt restructuring.

“The way forward to make the continuing unity of Nigeria a patriotic goal is to restructure the polity and revert quickly to the Federal constitution under which Nigeria became independent.

“Without restructuring back to federalism, I have no hesitation in declaring that Nigeria’s development will continue on a downward path, and the state of social disharmony and security will continue to heighten,” he said.

Mr Okurounmu said he wrote the book to share his thoughts on the country and reveal what many might not know about him.

He thanked the former president as well as other dignitaries for gracing the book launch, saying he felt appreciated with their presence.

A former governor of Ogun State, Gbenga Daniel; a leader of the Pan-Yoruba group, Afenifere, Ayo Adebanjo; and the Secretary of the group, Yinka Odumakin, were some of the other dignitaries at the occasion.

Like Loading...
Previous Ministerial list: I will only appoint people I know – Buhari
Next Workers groan on salary deduction in Adamawa; as Fintiri fails to pay minimum wage.