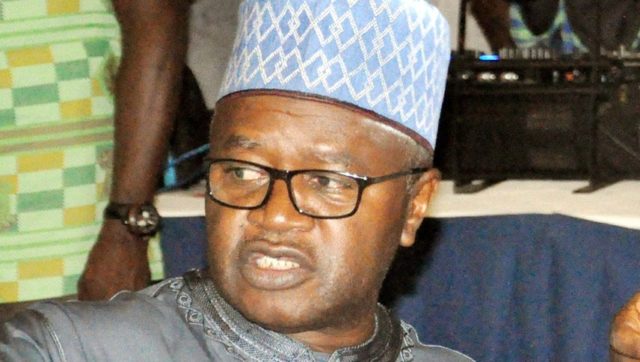 One of the 20 persons nominated as commissioners in Bauchi State by Governor Bala Mohammed was serially indicted for theft and gross abuse of office in the federal civil service.

The nominee, Ladan Salihu, whom President Muhammadu Buhari fired as director-general of Nigeria’s radio service, FRCN, in 2016, has a service record awash with cases of indictment for graft, abuse of office and gross misconduct.

The governor, Mr Mohammed, was also being prosecuted for alleged corruption during the period he served as Abuja minister.

The trial was suspended after he was sworn in as Bauchi governor which allows him constitutional immunity from prosecution.

Mr Mohammed submitted the list of his nominees to the crisis-ridden state legislature last Thursday.

He included prominent Nigerians including Aminu Gamawa, who holds Harvard Master’s and doctoral degrees in law, and Aliyu Tilde, well known for his public commentary, among his nominees.

Mr Salihu was the spokesperson for the PDP campaign which defeated the then governing APC in the Bauchi State governorship election.

He joined active politics after his exit from Radio Nigeria and became the candidate of the PDP in the Bauchi South senatorial bye-election in 2018. He lost the election.

Despite his record. which includes a recommendation for a sack, he was appointed DG of Radio Nigeria in 2014, the same institution which had serially indicted him for theft and abuses.

An investigation, published in 2015, established how Mr Salihu cultivated the then government to clinch the top position.

Documents obtained by Journalists revealed shocking details of official theft, misconduct and non-compliance with due process for which he received official queries and sanctions, and at a time, placed on half salary.

The report also found that he was a serving director of Lead Point Nigeria Limited, contrary to the code of conduct for public servants in Nigeria.

If that case of corruption was not weighty enough, a string of other questionable activities by Mr Salihu pushed the limits of official fraud.

In 2009, as zonal director of Radio Nigeria, Kaduna, he was enmeshed in a receipt forgery scandal and was recommended for dismissal after being placed on half-pay by Nuhu Yusuf, who ironically, Mr Salihu would later succeed as Director-General of FRCN.

In another publication, we also reported how Mr Salihu diverted public money to his own private account.

Mr Salihu’s service record may not prevent him from being cleared by Bauchi lawmakers, who are likely to brush aside serious questions bordering on integrity when nominees appear before them.

When contacted, the media aide to Governor Mohammed, Muktar Gidado, suggested neither he nor the governor was aware of the indictments.

He, however, said the governor can only appoint credible nominees cleared by the State Security service (SSS) and the Bauchi State House of Assembly.

Efforts to reach the Deputy Speaker of the Bauchi State Assembly, Danlami Kawule, were unsuccessful.