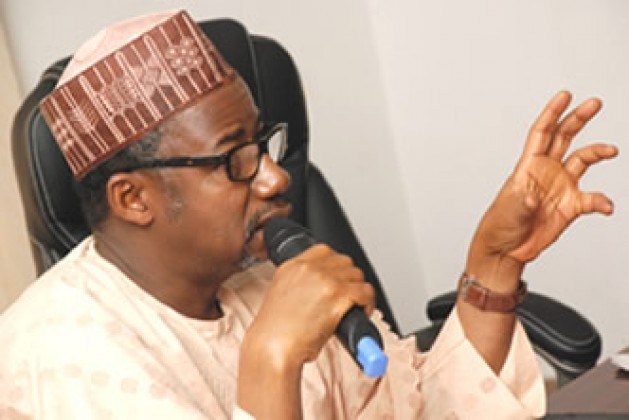 The Bauchi State Governor, Bala Mohammed, has blamed the National Chairman of the All Progressives Congress (APC), Adams Oshiomhole, for the crisis in the Bauchi State House of Assembly.

Mr Mohammed said the APC chairman, not the APC in Bauchi nor the state’s lawmakers, is to blame.

The governor who is currently on pilgrimage in Saudi Arabia stated this on Thursday in a statement signed by his spokesperson, Ladan Salihu.

The Bauchi State House of Assembly in June plunged into a leadership crisisfollowing the election of the speaker by 11 of the 31 members in the assembly.

Thie House of Representative set up a committee to look into the crisis. The committee visited Bauchi, held a public hearing after which it recommended to the National Assembly that the present leadership of the assembly should be voided and the state governor should issue a fresh proclamation for the re-inauguration of the assembly.

Few weeks after the National Assembly’s resolution, 17 other lawmakers appeared at the chambers of the Bauchi Assembly where they eventually agreed to be sworn in by the speaker at a ceremony attended by the governor.

However, less than one week after presenting themselves for the inauguration, the lawmakers renounced their inauguration after a meeting with President Muhammadu Buhari. The meeting was reportedly facilitated by Mr Oshiomhole who has repeatedly called for a fresh inauguration of the assembly.

The lawmakers were also accompanied by the former Bauchi governor, Mohammed Abubakar. They told the president that the crisis was yet unresolved. The lawmakers are believed to be loyal to Mr Abubakar.

Though the president said he would ensure the matter was looked into
for a peaceful resolution after the Sallah holidays, the lawmakers
told journalists at the Presidential Villa that the only way out was to
conduct fresh elections for the assembly leadership.

Reacting to the latest development, Governor Mohammed said as far as he is concerned, Bauchi State House of Assembly remains one united family. He said only eight of the 17 lawmakers visited the president, suggesting he now has the support of a majority of the lawmakers.

”The attention of the State Government is drawn to the courtesy call on President Muhammadu Buhari by eight members of the State Assembly, led by the APC Chairman, Mr Adams Oshiomhole.”

”The Government notes that while stakeholders defer to Mr President and updates to him are normal, we must dignify his office with the correct information and true position of things.

”The eight members led by the APC National Chairman were part of the 17 who were sworn in last week on the floor of the Assembly. All the 31 legislators are now members of one State Assembly,” he said.

Mr Salihu said the governor appreciated the pronouncement of the president to deal with the issue in line with the Constitution because he is a president for all.

”What is clear is that our president was shortchanged with the relevant information by those who led the group for their personal interests and primordial dispositions.

”As far as the Government and People of Bauchi State are concerned, the enforced disharmony is now history. Bauchi Legislature is one united family. The issue of another proclamation Is ludicrous.”

”It is clear that our legislators are not the problem, neither is the APC. Mr Oshiomhole is the problem. He is (a) clear and present danger to political stability in Bauchi State. This explains why he excluded members of Edo State Assembly from the visit to the villa,” the spokesperson added.

”The APC Chairman should rethink his strategy as it is dead on arrival because he is dealing with Political Paper-Tigers who were roundly defeated and soundly rejected by our People.”

Though the speaker, whose election is being contested, is a member of the APC, the opposing group has alleged that his loyalty was to the governor of the state, who is of the opposing Peoples Democratic Party (PDP).

Buhari has changed the face of Nigerian politics — Ribadu