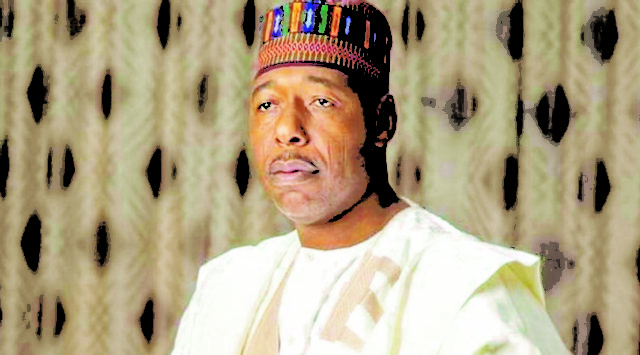 A statement Friday by the governor’s special adviser on Public Relations and Strategy, Isa Gusau, says the beneficiaries are those who sat for the May/June 2019 West African Senior School Certificate Examinations (WASSCE) conducted by the West African Examinations Council (WAEC).

Gusau explained that the approval was in compliance with an established sponsorship policy in which the state government contributes 45 per cent cost of registration fees per student.

He added that parents and guardians contribute 25 per cent while local government areas pay the balance of 30 per cent for students of their councils.

The approval followed a request by the Permanent Secretary at the State Ministry of Education, Mohammed Abacha.

According to Gusau, Professor Zulum wishes the students the best of luck and that they make Borno proud by the time the results are out.

He said the governor believes the contributions from the state and local government areas would inspire all pupils preparing towards future examinations to dedicate themselves to studies.

The Governor, according to his aide, expects that government efforts will encourage parents, to in a continuous manner, play their critical roles to support the learning and good characters of their children and wards.

He also urged school administrators and teachers to be consistent in doing everything humanly possible to uphold a high standard in teaching and the preparation of students for all examinations, especially towards the senior school certificates which often determine the professional future of citizens.