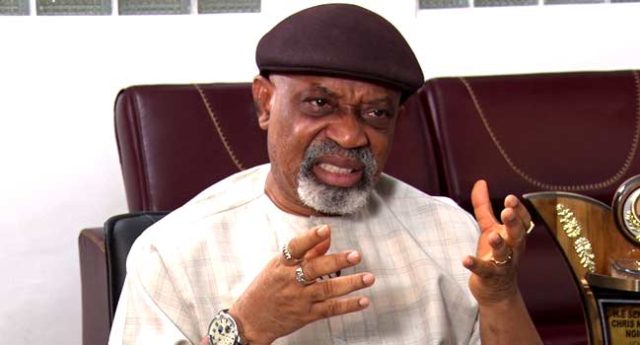 As parts of efforts to reduce the cost of governance, the Federal Government is set to review the allowances of public office holders including governors and lawmakers.

The Minister of Labour and Employment, Senator Chris Ngige disclosed this on Wednesday, during a meeting with members of the National Union of Local Government Employees (NULGE) in Abuja.

He added that the revenue mobilisation commission has been directed to review the allowances.

Ngige also decried the huge sum of recurrent expenditure in the proposed 2020 budget, insisting that there is no option other than to cut down the cost of running the government.

“We cannot allow the government to shut down the economy because they want to pay salaries and wages. The 2020 budget of N10.3trillion has N3.88trillion as personal cost without an overhead. A budget that is 76% recurrent and 24% capital, for me, this is nothing to cheer about.

“Revenue mobilisation commission will also beam a searchlight and review what they are giving for political officeholders. Some of the allowances in their prescriptions are not allowances that should be gotten.

“These are things that will be holistically reviewed,” Ngige said.

The Minister concluded that both workers and politicians must be ready to make sacrifices so that more money will be available for infrastructure.