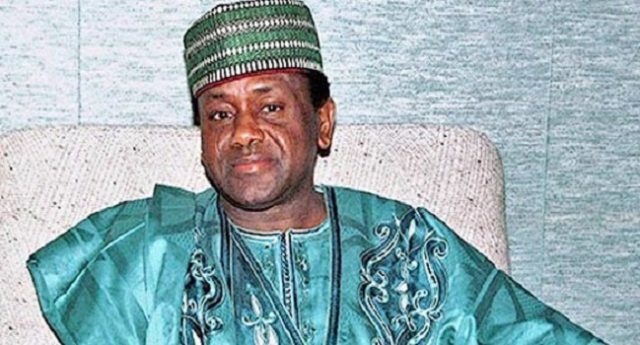 The Supreme Court has dismissed an appeal by the family of late Military Head of State, General Sani Abacha, asking for an order to unfreeze some bank accounts belonging to him and other members of the family.

The accounts, domiciled in banks in the United Kingdom, Switzerland, Island of Jersey, Liechtenstein and Luxembourg, were frozen following mutual agreements entered between Nigeria and the countries during the administration of former President Olusegun Obasanjo.

Delivering judgment in the appeal filed by a son of the late head of state, Mohammed Abacha, a five-man panel of the apex court led by Justice Olukayode Ariwoola, unanimously held that the suit which was first initiated before the Federal High Court in Kano in January 2004 had become statute-barred.

In the lead judgment read by Justice Amina Augie, on behalf of Justice Chima Nweze, the apex court affirmed the concurrent decisions of both the Federal High Court in Kano and the Court of Appeal, Kaduna division, which had both dismissed the suit for being statute-barred.

Following the mutual judicial assistance entered into between Nigeria and Switzerland in 1999, former President Obasanjo had asked the Attorney-General of the Federation, Mr. Kanu Agabi at that time, to write to the Swiss government to freeze all bank accounts held by Abacha and his family members between 1993 and 1998 in the foreign countries.

The government discovered the accounts in Abacha’s name in Switzerland, the United Kingdom, Island of Jersey, Liechtenstein and Luxembourg and had them frozen.

On the 28th of January 2004, the Abacha’s family challenged the freezing of their accounts by filing the suit at the Federal High Court, Kano but the court dismissed the suit on the grounds that it was statute-barred.