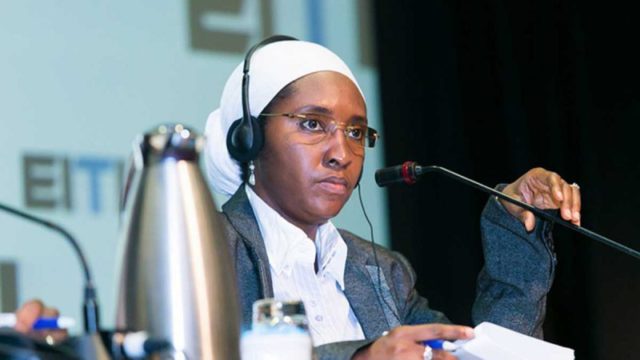 The federal government has commenced the deduction of the N614 billionbailout it gave to the 35 states of the federation, the Minister of Finance, Budget and National Planning, Zainab Ahmed, said on Thursday in Abuja.

The minister, who spoke to journalists at the second National Economic Council (NEC) meeting in 2020, said the deductions were made from the statutory allocations to the affected states in January and February during the Federation Accounts Allocation Committee (FAAC) meetings.

The federal government extended the conditional budget support facility to the 35 states through the Central Bank of Nigeria (CBN) in 2017 to help them pay their workers’ salary and settle their pension obligations.

The loans were granted to the states at a nine per cent interest rate, with a two years grace period to repay.

However, last year when the Federal Government announced the repayment schedule, the governos gave conditions for the repayment of the loans.

The Chairman of the Nigerian Governors’ Forum, Kayode Fayemi, said the governors demanded a reconciliation of accounts between the federal and state governments before repaying the bailout fund granted them.

The reconciliation, the governors argued, would allow the states to deduct the debts the federal government owed states as a result of the repair of federal roads undertaken by the state governments in their domains.

The repayment of the loans originally scheduled to commence last September did not happen until after the reconciliation exercise was concluded last December.

Mrs Ahmed, who said the repayment of the loan was not to be treated as revenues to fund the 2020 budget, explained it would be taken from the affected states’ allocations from the Federation Accounts.

The Minister who confirmed the commencement of the deduction of the loans from the states’ allocations in January and February also presented to the Council current balances on the special accounts maintained by the federation.

Development of Natural Resource Account as at the same date, the minster said, stands at about N101.9billion.

On the National Livestock Transformation Plan (NLTP), the Minister said after the initial decisions were taken by the state governors, the focus of the initiative has since shifted to its implementation.

NLTP was a product of a process involving engagements with interest groups to mobilise the letter of intent and counterpart funding, state livestock transformation office and community engagements.

She said there had been a preliminary analysis of survey results, which included data capturing and analysis of enumerated data of five gazetted grazing reserves located in Adamawa state.

The minister said the state governments pleaded with the Council to consider and approve that the three states should submit their detailed plans for funding.

The governors want 80 per cent of the total cost of the reserves should be funded by the federal government, as stipulated in the National Livestock Transformation Plan, while the states as participating partners would pay 20 per cent counterpart funding.

The other request was for the three states to commit 5 per cent of funding to support the work of the secretariat, in line with the National Livestock Transformation Plan’s policy.

The minister said the Council gave approval to the two requests.