The claim by the Adamawa state governor, Ahmadu Umaru Fintiri, that his administration paid matching grants to UBEC from 2015 to 2019 is false, an investigation by THE FINDER has shown.

Also untrue, our findings show, is Mr. Fintiri’s claim that the state government paid about 10 billion naira from 2015 to 2019 for UBEC grants.

In his controversial one year anniversary statement, Mr. Fintiri had, among other allegations, accused Mr. Bindow administration of not paying UBEC counter pat funding from 2015 to 2019.

But THE FINDER can report authoritatively today that Mr. Fintiri was economical with the truth as far as this particular UBEC matching grants payment is concerned.

In documents obtained from UBEC, sighted by this newspaper, Mr. Fintiri, contrary to what he told Adamawa residents during the one year anniversary broadcast, did not indicate anywhere that Adamawa state paid 10 billion naira, as the highest grant received by the Adamawa state government or any other state from UBEC yearly as grant  is about 1.5 billion naira. 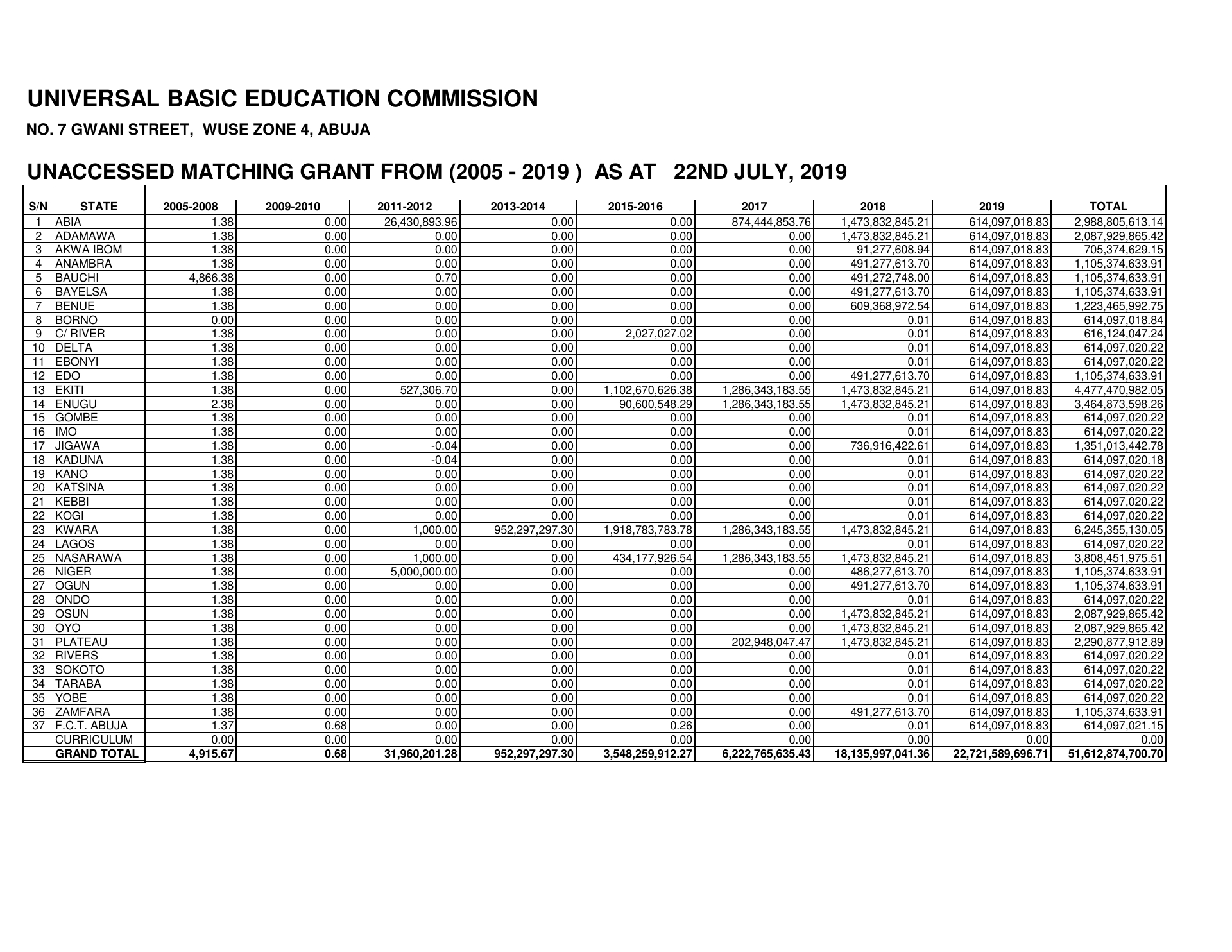 Our findings showed that no state can claim to have paid such amount considering the fact that the total amount received by the Adamawa state government from 2005 to 2019 is about 10.5 billion naira

Those familiar with payment of counterpart fund by state said there was no way Mr. Fintiri could have paid 10 billion naira as grants from 2015 to 2019 to access Adamawa state unaccessed grants of 2018 and 2019 which is about 1.4 billion naira in 2018 and 614 million naira for 2019 respectively.

According to data from UBEC headquarters, Abuja, Adamawa state government accessed 2015, 2016, 2017 but fails to access 2018 and 2019, which the two years unacessed total about 2 billion naira. 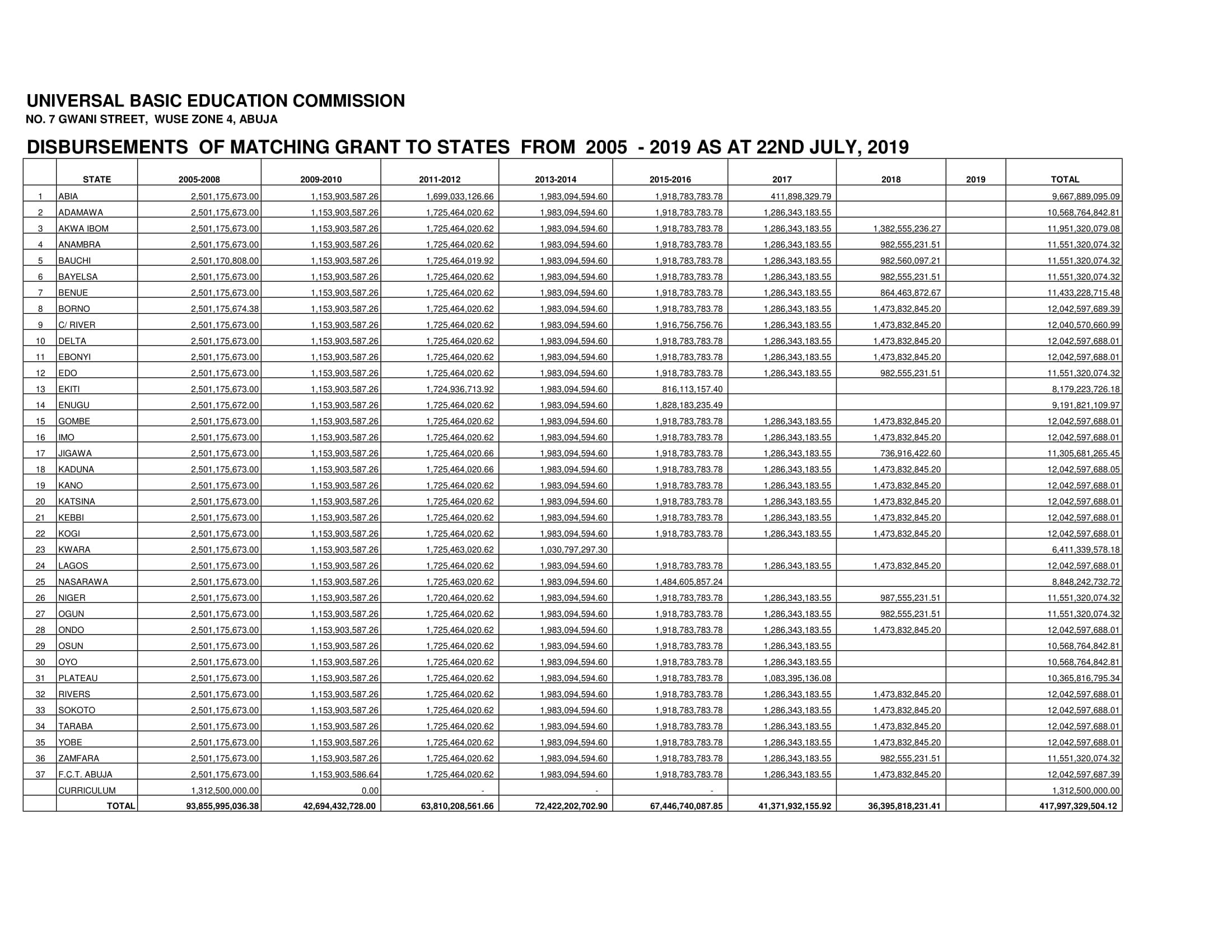 CONCLUSION: Mr. Fintiri’s claim of Adamawa state not accessing UBEC grant from 2015 to 2019 is inaccurate.

Documents reviewed by this newspaper as well as interviews with those who should know also indicate that the Adamawa state government has never missed UBEC grant payment from 2005 till 2017.

“It is of interest to note that within the one year of the administration, we have been able to provide matching grants for the lost years, and provided the required opportunity for the State to access N10 Billion funds, which were laying fallow at UBEC for our basic education schools in the State”.