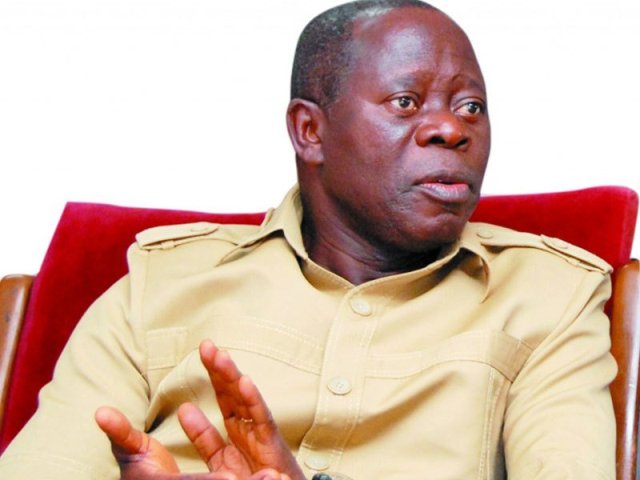 The Court of Appeal sitting in Abuja on Tuesday affirmed the suspension of Comrade Adams Oshiomole as a member and National Chairman of the All Progressives Congress (APC).

Ruling on the interlocutory appeal filed by Comrade Oshiomhole, the appellate court upheld the decision of the Federal Capital Territory High Court delivered by Justice Danlami Senchi which in March ordered the suspension of Oshiomhole as well as restraining him from parading himself as the National Chairman of the party.

In a unanimous judgement in the first appeal delivered by Justice

Eunice Onyemanam, the court held that the FCT High Court had territorial jurisdiction to have entertained the suit as it did.

The court also withdrew his rights and privileges as National Chairman of the party including his security details.

The appeal court predicated its decision on the ground that Comrade Oshiomole as the first appellant is based in Abuja while the APC also has its national headquarters in the capital city.

In the judgment on the second appeal delivered by Justice Mohammed Lamido, the court disagreed with Comrade Oshiomhole that their right to a fair hearing was breached by the trial court.

Justice Lamido further said that there was no basis for the two appellants to hold that they were denied fair hearing during proceedings at the FCT High Court.

It further held that the suspension of Comrade Oshiomole from Ward 10 of Etsako local government of Edo state was ratified at the ward, local and state government level as required by law.

And the identity of those who suspended him was not in doubt because in their unchallenged affidavit they made it clear that they were party members and officers of the party, therefore the appeal lacks merit.

Comrade Adams Oshiomhole and the APC are the appellants in the two dismissed appeals.