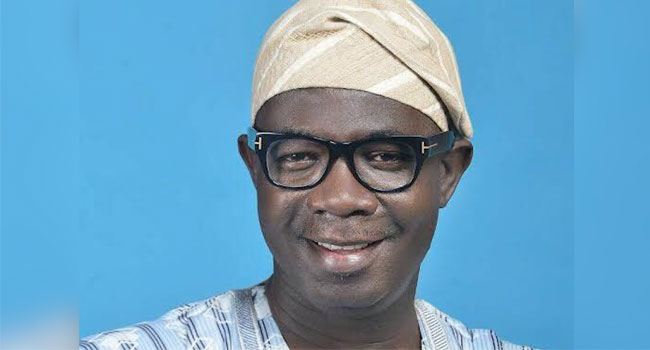 Ondo State Deputy Governor, Agboola Ajayi has resigned his membership from the All Progressives Congress (APC).

Ajayi resigned his membership of the APC on Sunday at his country home in Kiribo, Ward 2, Apoi, in Ese-Odo Local Government Area of the state.

This is coming few hours after Mr Ajayi was allegedly prevented by the Commissioner of Police, Bolaji Salami from moving out of the Government House in Akure the state capital.

The resignation of the deputy governor from APC puts an end to speculations that have been on concerning his planned defection.

Ajayi also used the opportunity to immediately pick his membership card of the Peoples Democratic Party (PDP) at his ward.

While addressing party supporters, the deputy governor said he is happy to be back to the PDP.