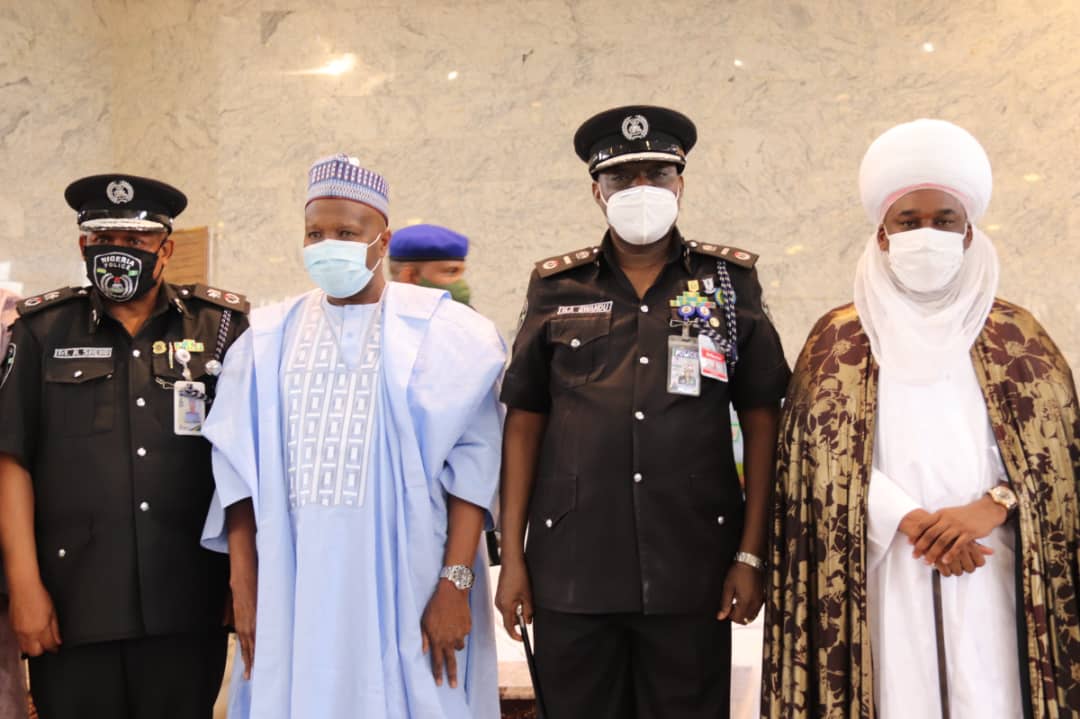 Governor Muhammadu Inuwa Yahaya of Gombe state has said that his administration will continue to ensure synergy with security agencies in the state to achieve the desired peace among the populace.

The Governor made the assertion at the inauguration of the state’s community policing advisory committee held at the banquet hall of the Government House, Gombe.

He noted that the cardinal objective of any committed government is to secure the lives and property of its citizenry, hence his government’s decision to establish a ministry for internal security and ethical orientation to check the excesses of all elements associated to security challenges among youths for a safer state.

He noted that Gombe State had remained relatively peaceful despite being surrounded by states ravaged by insurgency in the North-East geopolitical zone but stressed that more needs to be done to prevent what is happening within the region and even the banditry in the North-West.

The Governor also said that community policing needs to be strengthened and made more effective, as such, all stakeholders including security agents, traditional rulers, religious and community leaders as well as other segments of the society must all come together to work out the best way to secure the people.

Governor Yahaya charged residents in the state to cooperate with the committee, which he said is established as a a body that will jointly work with all security outfits in the state to address all forms of insecurity.

Community policing has worked in many parts of the world, the Governor noted, adding that a rapidly grown state like Gombe with nearly 4 million populace will not be an exception.

The community policing advisory committee chaired by the Emir of Gombe, Alhaji Abubakar Shehu Abubakar III will be co- chaired by the state Commissioner of Police, Ahmed Maikudi Shehu for co-ordination and in turn will be reporting periodically to the governor as the chief security officer.

Earlier in his remarks, the Inspector General of Police, IGP Mohammed Adamu, represented by the Assistant Inspector General of police in charge of zone 3, AIG Halliru Abubakar Gwandu said ever since the formal introduction of community policing approach in 2004, the Nigeria Police has made community policing strategy its cardinal focus for effective service delivery.

He noted that safety and security will be better guaranteed when and where members of communities are actively involved in crime prevention and community safety.

AIG Gwandu added that in line with the strategic vision of the Inspector General of Police in modern policing methods, the force intends to develop and implement the Gombe state crime prevention and community strategy to mitigate youth violence and restlessness.

Delivering his welcome address, the Commissioner of police, Gombe state, CP Ahmed Maikudi Shehu said the command has overtime enjoyed an unprecedented co-operation, support and assistance from the state as such his office will not leave any stone unturned in supporting the government in taming the tide of security challenges in the state.