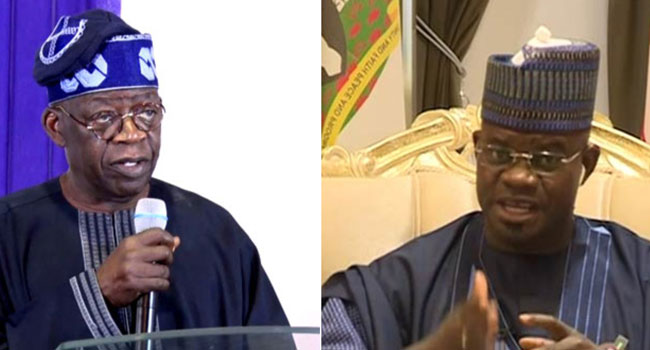 Kogi State Governor, Yahaya Bello, has said that regardless of what transpires in the All Progressives Congress (APC), Asiwaju Bola Tinubu remains a father of the ruling party.

Governor Bello stated this while featuring as a guest on Channels Television’s Politics Today.

Mr. Bello who was speaking on the recent events within the APC stated that “Bola Tinubu has paid his dues”, adding that “nobody is undermining him”.

While noting that Tinubu continues to play a fatherly role, the governor stated that the APC needs the elder statesman.