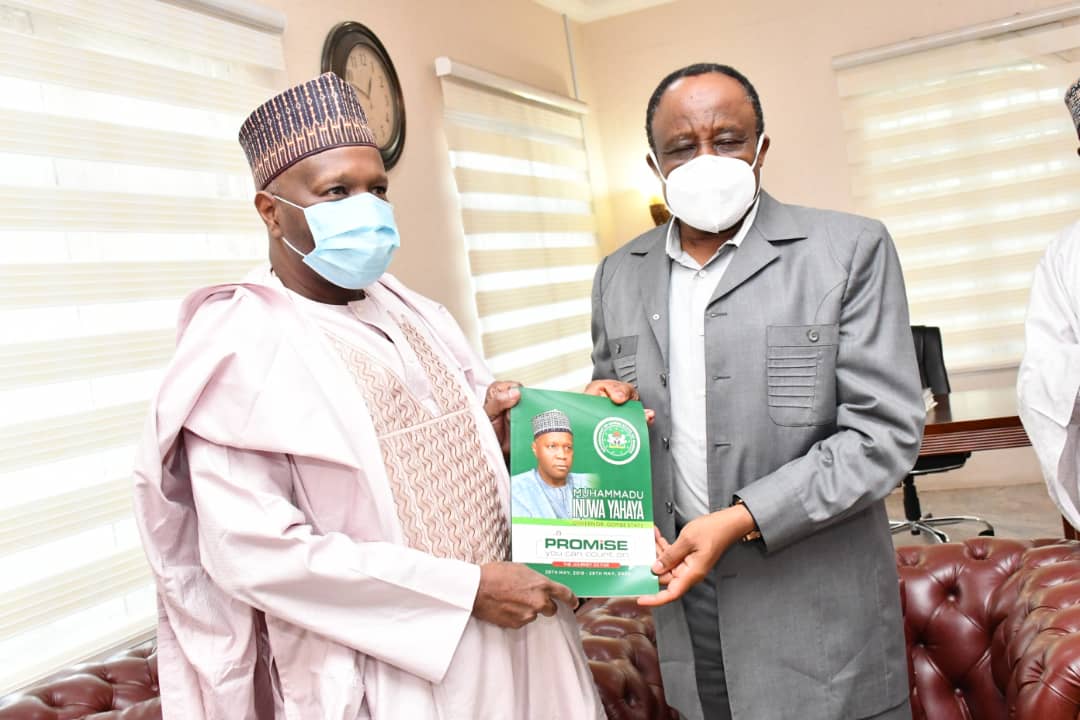 Governor Muhammadu Inuwa Yahaya of Gombe State has expressed confidence in the ability of the North East Development Commission (NEDC) to deliver on its mandate of rebuilding the region which has suffered colossal losses due to insurgency.

Governor Inuwa Yahaya stated this when he visited the corporate headquarters of the Commission in Abuja in a bid to foster synergy and strengthen collaboration between Gombe State Government and the NEDC.

In a chat with the press after a closed door meeting, the Governor lauded president Muhammadu Buhari for establishing the NEDC to address some of the challenges bedevilling the devastated north east region.

He said as an interventionist organisation, it behooves the commission to work with the Governors of the states that comprise the North East in order to achieve its objectives.

“And because of the situation we found ourselves, all the States have keyed in and aligned with the aspirations of the NEDC as envisaged by Mr. President”.

Governor Inuwa Yahaya said the primary responsibility of government is to provide security and protect the lives and property of the people as well as to work towards adding value the human live.

He said Gombe and indeed all the states in the North East are working in close collaboration with the NEDC to have development placed on the right trajectory for the general good of the people of the region.

He commended NEDC for its humanitarian services and effort so far in rebuilding critical infrastructure across the region, expressing the hope that the commission will achieve the purpose upon which it was established.

The Gombe State Governor said the State will work assiduously to provide the needed support and cooperation for the commission to implement its programmes for the benefit of the people in the State and the region in general.