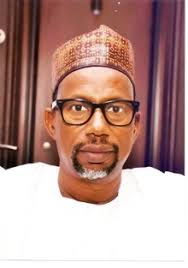 Some civil society organisation leaders have called for the resignation of the Vice Chancellor, Modibbo Adamawa University, Yola, Prof. Liman Tukur, for making mockery of his position as VC of MAUTECH, Yola.

The leaders, who spoke under the auspices of the civil society Leaders in Northeast, said the Vice Chancellor should resign to his former position as secretary to Adamawa state government when Fintiri was the acting governor in 2014 than to play double role of being in government house on regular basis escorting the governor to different functions as his deputy or his SSG or chief of staff to the governor.

In a statement issued in Bauchi on Thursday, the National Coordinator of the group, Mr Suleiman Mohammed, said, “Our concern is that if the Vice chancellor that was appointed by the APC administration could openly fraternise with a PDP governor is most unfortunate and height of irresponsibility as his action is against civil service act.

“If there is anyone that can follow the governor around it should be his appointee not a Federal government workers like Tukur, who should be busy with activities of his university rather than this “governor escort” role he has given himself.

“Mautech, Yola have been facing so much underdevelopment in the Northeast under his watch, but the Vice Chancellor decides to give himself a role that is alien to his condition of service or the rules guiding his office as Vice chancellor; he should resign.

Mohammed also warned that the group would be forced to petition the President Buhari to begin an investigation into the open romance with a PDP governor by a Vice Chancellor whose role is different from what we are seeing in Adamawa.

He said, “The Vice chancellor should be blamed for the underdevelopment of the Mautech under his watch since he has decided to abdicate his duty for a new found role in Adamawa government house.

“It is only in Adamawa state that a Vice chancellor makes mockery of his position by following a state governor to functions.