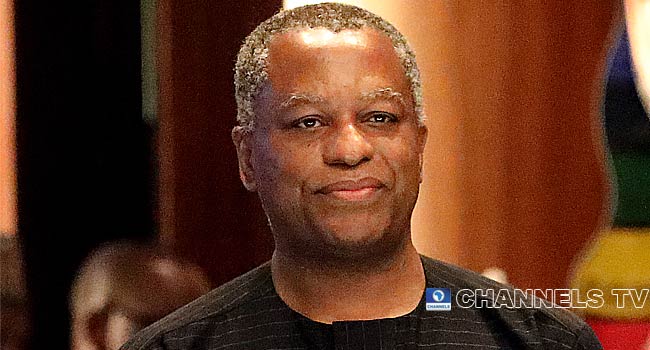 The Minister of Foreign Affairs, Geoffrey Onyeama, has tested positive for COVID-19.

According to Onyeama, he tested positive after his fourth COVID-19 test on Saturday at the first sign of a throat irritation.

He further stated that he is now heading for isolation in a health facility.

“Did my fourth COVID-19 test yesterday at the first sign of a throat irritation and unfortunately this time it came back positive.

“That is life! win some lose some. Heading for isolation in a health facility and praying for the best,” the Minister said.

Onyeama is one of those who has been at the forefront of the COVID-19 fight in Nigeria since the pandemic began to ravage the country.

At several briefings by the Presidential Task Force on COVID-19, he had assured Nigerians of efforts being made to curb the spread of the virus especially with regards to plans for Nigerians stuck outside the country.

Flight operations had been shut in the wake of the pandemic to curb the rate of transmissions but in April, the Minister announced that several countries, including Canada, Israel, and the United States, had begun evacuating their citizens.

But evacuations of Nigerians in other countries was delayed a bit as the government said it needed some time to sort out the logistics involved.

Subsequently, Mr Onyeama directed all citizens interested in returning to the country to work with Nigeria’s embassies and high commissions wherever they were.

At another briefing, the minister noted that the protocols for evacuating Nigerians in the Diaspora had been completed and the country was in a much “stronger and better position” to bring back citizens interested in returning to the country.

Since then, Nigerians across the world have been repatriated to the country in their hundreds, including the 134 who just arrived in Abuja from Sudan today.

All evacuees are, however, expected to embark on a 14-day self-isolation, in line with the guidelines by the Nigeria Center for Disease Control (NCDC) and the Ministry of Health.

Onyeama also noted that another 22 Nigerians are on their way from France.