The Benue state governor Mr Samuel Ortom has rejected the invitation extended to him by the All Progressive Congress to return to the party, noting that he is fully committed to the ideals of the Peoples Democratic Party, thereby putting to rest, speculations on his alleged defection plans to the APC.

Governor Ortom made this public at the PDP congress to elect a new state executive committee of the party was returned the John Ngbede led executive, admitting that the APC indeed reached out to him but the congress decision would determine if he would remain in the PDP.

Expectedly, the delegates passed a vote of confidence on him after a voice vote he put forward to leave for the APC, was rejected by the PDP delegates, promising to work for the victory of the PDP come 2023. 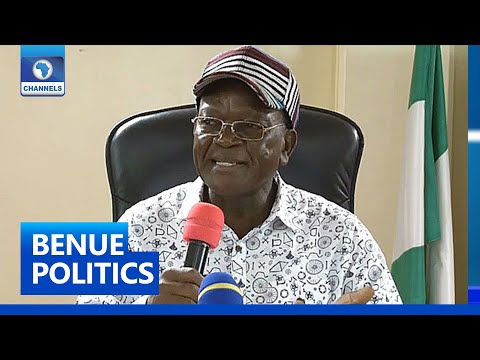 With that cleared out of the way, the issue of equitable distribution of power, where only the Tiv ethnic group has been ruling the state since its creation in 1976 was tabled.

The Senator representing Benue South Senator Abba Moro and the former senate president, Mister David Mark makes a compelling case for the zone to produce the next governor come 2023.

After acknowledging cheers from the crowd and taking his seat, delegates began casting their votes for the candidates running for the 39 positions led by the incumbent chairman, Mr. John Ngbede.

Some notable persons who were present at the congress on Saturday include former Senate Presidents, David Mark, and Iyorchia Ayu, as well as the three Senators representing Benue at the National Assembly.