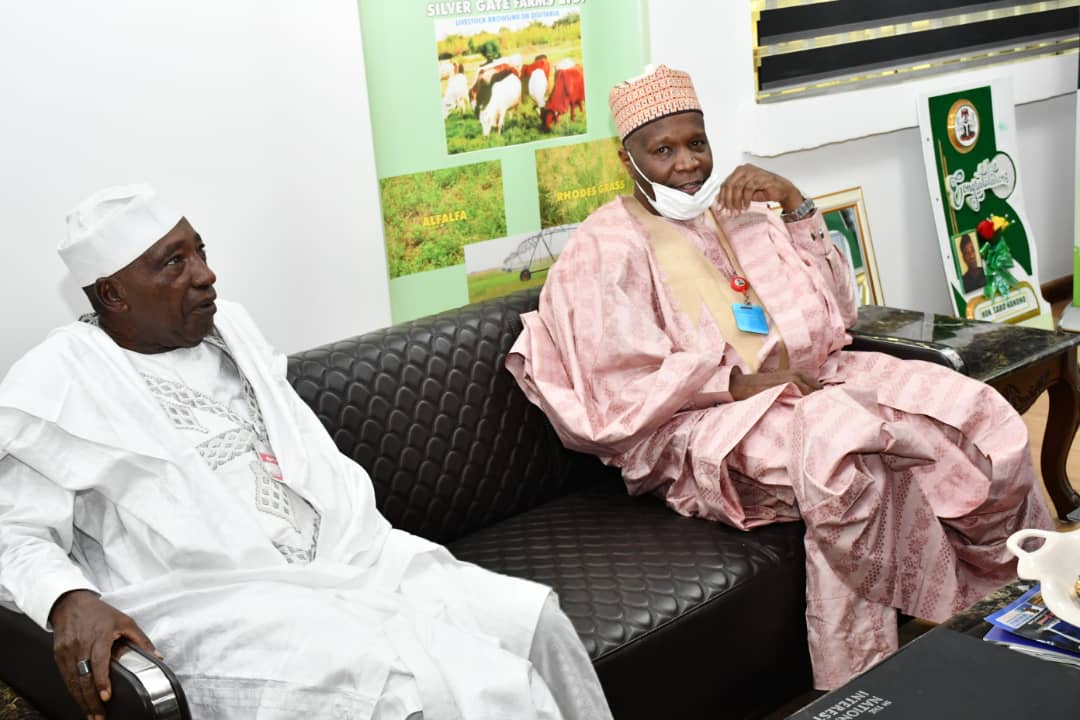 In continuation of his series of official engagements in Abuja, Gombe state Governor, Alhaji Muhammadu Inuwa Yahaya has visited the Hon. Minister of Agriculture and Rural Development, Alhaji Muhammad Sabo Nanono in his office.

He held discussions with the Minister and other officials of the Ministry on the progress so far made and new areas of collaboration in the efforts of his administration to revamp the Agricultural sector and ensure food security.

Recall that Governor Inuwa Yahaya has already keyed Gombe state into all Federal Government’s Agricultural programmes, projects and initiatives, hence his regular engagements with the Federal Ministry of Agriculture to review progress and strengthen collaboration for the benefit of farmers and the entire citizenry.

The Minister, acknowledged the efforts of the Governor to revitalize the Agricultural sector and improve farming activities and animal production, assuring him of Federal Government’s continued support and collaboration.

He also informed the Governor that Wawa-Zange Grazing Reserve project, which will be the pilot project of the National livestock transformation scheme will soon commence.

In Gombe state, Agriculture is one of the areas of priority of Governor Inuwa Yahaya’s administration.