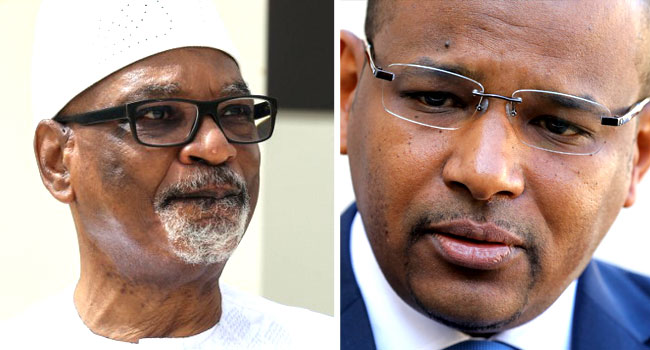 The Federal Government has condemned the coup d’état in Mali, calling for the restoration of constitutional order.

Nigeria’s Minister of Foreign Affairs, Geoffrey Onyeama, made the call via Twitter on his official handle on Wednesday.

“The Nigerian Government unequivocally condemns the coup d’état that took place in Mali yesterday and demands the immediate and unconditional restoration of constitutional order,” he said.

Neighbouring states in West Africa, along with France, the European Union and the African Union, condemned the sudden mutiny and warned against any unconstitutional change of power in the fragile country.

The UN Security Council will hold emergency talks on the crisis on Wednesday, diplomats in New York said.

“We can tell you that the president and the prime minister are under our control” after they were “arrested” at Keita’s residence in the capital Bamako, a rebel leader, who requested anonymity, told AFP.

Boubou Doucoure, who works as Cisse’s director of communications, confirmed that the pair had been detained and had been driven in armoured vehicles to an army base in the town of Kati, about 15 kilometres (nine miles) away.

In a statement, the Economic Community for West African States (ECOWAS) said that its members would close land and air borders to Mali and pledged to demand sanctions against “all the putschists and their partners and collaborators”.

The 15-nation bloc — which includes Mali — also said that it would suspend the country from its internal decision-making bodies.

“ECOWAS has noted with great concern the seizure of power by Malian military putschists,” said the statement, which was originally published in French