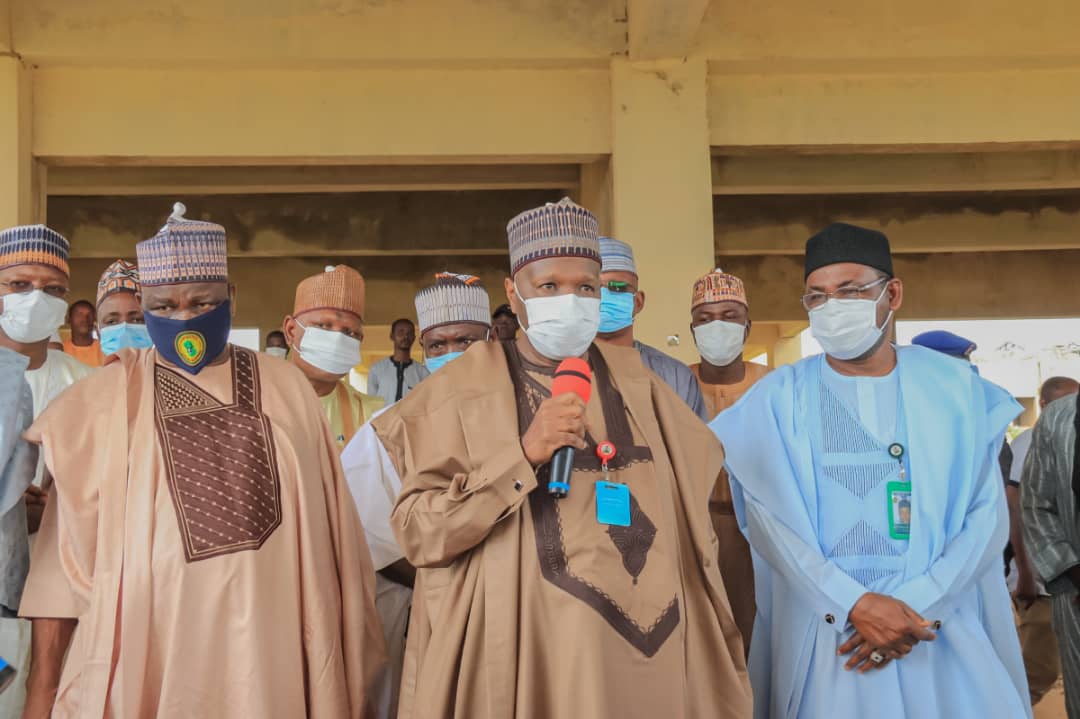 Funded by the Gombe state Government, the laboratory gulped over 120 million and has since begun testing for covid-19.

During the commissioning ceremony, the Gombe State Governor said the importance of the facility to the improvement of the health sector in the State cannot be quantified, noting that the State is now better prepared to confront any disease that may afflict the people.

He said with the establishment of the laboratory, the State can now manage the covid-19 pandemic more effectively.

The Governor explained that despite the initial hiccups in establishing the laboratory, the state still ranks high in sample testing as indicated by the Nigeria Centre for Disease Control, NCDC.

He commended the State task force on convid-19 and the entire health workers in the state for their commitment and sacrifice.

“Our administration will not relent until we have everything it takes to manage the health system effectively and efficiently”.

The Governor said his administration has gone a long way in setting up two more laboratories with the support of federal agencies, such as TETfund which will establish a molecular lab at the College of Medical Sciences of the Gombe State University and Federal Teaching Hospital to be put up by the North East Development Commission.

Governor Inuwa Yahaya said when the three laboratories become functional, the testing capacity of the state will be enhanced and the people will get the best of medical services.

He thanked the management of the NCDC for their technical support, accreditation of the laboratory and for managing the covid-19 pandemic.

The Governor however called on the NCDC to do more in supporting the state, disclosing that Gombe only received a hilux van and one hundred million naira as support from the NCDC.

He said the State has so far expended over one billion naira in the management of covid-19 in the State.

The chairman of the State Task force on convid-19, Professor Idris Mohammed said the commissioning of the molecular laboratory marks one of the landmark achievements of the Task force and by extension the present administration of Governor Inuwa Yahaya.

Professor Mohammed said the laboratory which cost the Gombe State Government over one hundred and twenty million naira was single handedly executed by the administration of Governor Inuwa Yahaya.

The Chairman, Gombe State Task force on Health Sector, Professor Aliyu Usman Elnafaty said the laboratory has been equipped with necessary facilities and accredited by the NCDC for covid-19 testing.

He said the lab is equally equipped to carry out other emerging infectious diseases to serve the state in clinical diagnosis for a long time to come, adding that health personnel have already been trained to manage the facility.

The representative of the NCDC, Mr. Tony Ahumibe commended the state government for single handedly establishing the molecular laboratory in the State.

He said the lab has met all NCDC requirements and has been accredited to carry out covid-19 testing in the State.