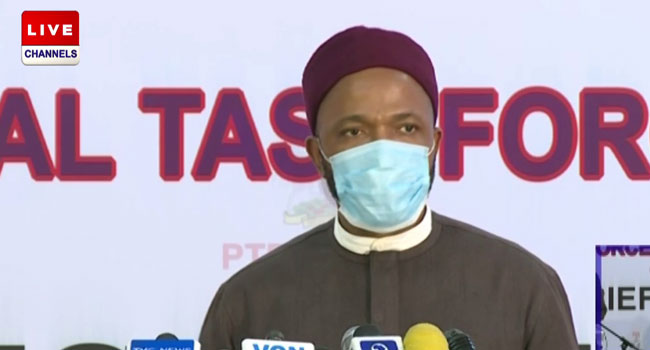 The Minister of State for Education, Emeka Nwajiuba wants students to exercise more patience as Nigeria mulls the reopening of schools after months of forced closure due to the COVID-19 pandemic.

Nwajiuba who praised the students for their patience since schools were shut down in the country,  gave an assurance that the Federal Ministry of Education is working with stakeholders for the safe reopening of the education centres.

“I urge our students who have actually exercised a lot of patience along with their parents … I urge you to bear with us a little bit more. The rioting needs to stop; there is nothing to riot about,” the minister stated during Monday’s briefing of the Presidential Task Force (PTF) on COVID-19.

Nwajiuba disclosed that there have been moves to safely reopen schools, noting that the guidelines for such have been given to higher institutions, with a number of them already expressing their commitment to adhere to the protocols.

He expressed confidence that relevant authorities would soon give a nod to the resumption of classes.

“We don’t want to bandy around dates,” he said, “We remain positive.”

According to the Minister, the Federal Government is also in negotiation with the Academic Staff Union of Universities (ASUU), reiterating that every player in the education sector is engaged on the reopening of schools.

“The PTF profiles for us a national response and everyone can tee off from there,” he added.

As part of measures to contain the spread of the pandemic in the country, the Federal Ministry of Education on March 19, 2020, ordered the immediate closure of tertiary institutions, secondary as well as primary schools nationwide.