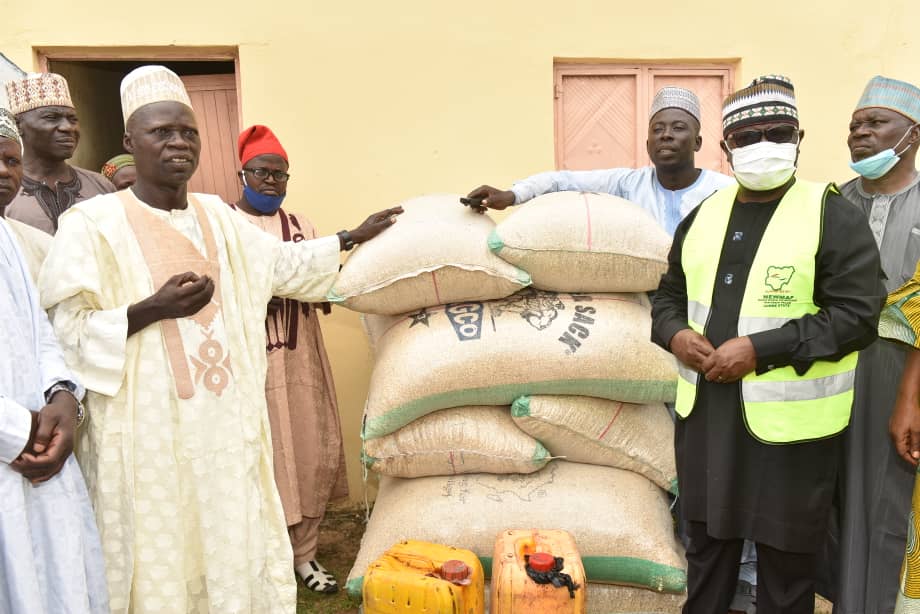 In continuation of its outreach to communities ravaged by natural disaster, the Government of Gombe State has distributed relief materials to households affected by food in Tal and Tanglang districts of Billiri Local Government Area.

The Gombe State Commissioner of Special Duties, Barr. Mela Audu Nunghe who presented the materials on behalf of Governor Muhammadu Inuwa Yahaya told the paramount ruler of Tangale Chiefdom that the relief items were provided to cushion the hardship faced by victims of the disaster.

The Commissioner said the compassionate disposition of Governor Inuwa Yahaya towards the people is such that no effort will be spared in meeting their pressing needs, especially those in distress like victims of natural disasters.

Barrister Nunghe said the present administration is always ready to come to the aid of any community in need.

He said the relief materials are meant to be distributed only to victims of the flood disaster, saying a severe sanction awaits anyone who diverts the items.

In his remarks, the Commissioner of Works and Transport, Engineer Abubakar Bappah said the present administration is favourably disposed to meeting the yearnings and aspirations of its people, recalling that when the bridge linking Billiri and Laushidaji collapsed due to heavy downpour, the Governor instructed his ministry to reconstruct it without any delay, adding that the bridge has since been fixed and opened for public use.

Engr. Bappah called on the people of Tangale Chiefdom not to relent in their support for Governor Inuwa Yahaya, disclosing plans by the administration to construct more roads in the Local Government Area.

Members representing Billiri east and west in the Gombe State House of Assembly, Hon. Rambi Ayala and Hon. Tulfukut Kardi praised the steadfastness of Governor Inuwa Yahaya in responding to the needs of the people.

They said some of the Governor’s interventions on the needs of communities in distress always come before a motion of public importance are even raised on the floor of the House.

He thanked Governor Inuwa Yahaya for always showing up each time it matters, assuring the representative of the Governor that the materials will be delivered to the affected persons.

At Tal and Tanglang districts where the victims had gathered to receive the relief materials, the Special Duties Commissioner handed over 270 bundles of zinc, 190 one hundred kg bags of maize, 400 bags of cement and 30 jericans of palm oil to be distributed to the flood victims in the communities.